A Norwegian study looked at the effects of existing drugs to improve certain symptoms associated with autism spectrum disorders. An anti-diarrheal could have positive effects on the social behavior of autistic patients. 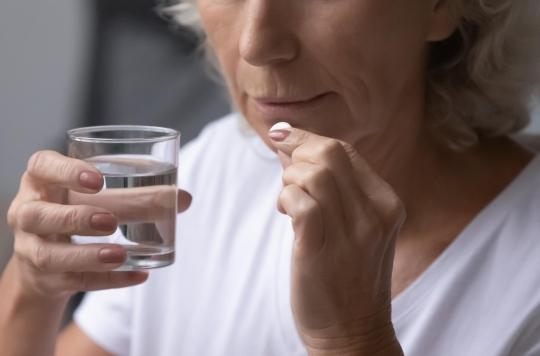 Autism Spectrum Disorder (ASD) is characterized by a set of symptoms that vary from person to person. They are reflected in particular by dysfunctions in social interactions, behaviors and activities. These manifestations influence the development of patients and can evolve over the years.

An anti-diarrheal to improve social behavior?

For the time being, there is no treatment that can cure the symptoms due to an autism spectrum disorder. In a recent study published in the journal Frontiers in Pharmacology, researchers have observed that an anti-diarrheal drug could have beneficial effects on social relationship deficits in autistic patients.

To reach these conclusions, the study authors used a computer model that identifies all the proteins involved in autism spectrum disorders and how they interact. During the research, they looked at how different drugs that already exist can affect proteins in the system and then came up with a list of potential candidates for treating symptoms.

Loperamide, usually prescribed to treat diarrhea, has been the most promising drug. Faced with these surprising results, the researchers developed a hypothesis that could explain why this treatment could act on the dysfunctions of social interactions in autistic people.

Antipsychotic drugs with serious side effects

According to the scientists, loperamide binds to a μ-opioid receptor, a protein that is usually stimulated by opioid drugs (morphine). This receptor mainly acts on the attenuation of pain, but it could also have positive effects on imbalances in social behavior.

“There are currently no approved drugs for the treatment of social communication deficits, the main symptom of autism spectrum disorders (…) However, most adults and about half of children and adolescents are treated with antipsychotic drugs that have serious side effects or lack efficacy in autism spectrum disorders”underlined Doctor Elise Koch of the University of Oslo (Norway) and main author of the study.

Loperamide could therefore be an interesting alternative to improve social interactions in autistic patients and avoid taking antipsychotic drugs. However, further work is required to validate this hypothesis.

Hypertension: people who suffer from it at night are underdiagnosed

Covid-19: a new test to identify patients at risk of severe form

Vegan diet: what are its health benefits?