Antibiotic resistance: 3 out of 10 salmonella affected in Europe

Antibiotic resistance is on the rise. Salmonella are on the rise. They represent the second food poisoning in Europe. 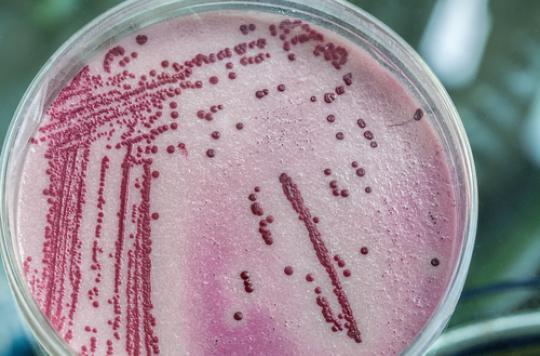 Alerts are multiplying around antibiotic resistance. Without effect. In Europe, bacteria are increasingly resistant to antibiotics. Every year, they cause 25,000 deaths. This February 22, the European Centers for Disease Control and Prevention (ECDC) are alarmed the rise of resistance in Salmonella. They represent the second source of food poisoning within the European Union.

3 strains of salmonella out of 10 were multi-resistant in 2015. A similar proportion of bacteria taken from patients is able to survive a single antibiotic (sulfonamides, tetracyclines, ampicillin). The results are particularly worrying for one strain: in the Salmonella typhimurium, 81% of the samples are antibiotic-resistant. And this estimate is steadily increasing.

“It is particularly worrying that some Salmonella common in humans, such as monophasic Salmonella Typhimurium, express very high multi-resistance,” said Mike Catchpole, Scientific Director at ECDC.

The most common food poisoning, associated with Campylobacter, is no more reassuring. Resistance rates are high, even very high, in all Member States, with two exceptions: Denmark and Norway – associated with surveillance in Europe. For the stump C.coli, 80 to 100% of the samples show resistance. 14% are even multi-resistant.

The countries of Western and Northern Europe are relatively advantaged: their prevention measures have paid off and the progression of resistance is limited. This is not the case to the east and south of the Old Continent. “We have made great efforts to stop its progression, but it is not enough, therefore decides Vytenis Andriukaitis, European Commissioner for Health and Food Safety. We must act faster, stronger and act on several fronts. »

The Commissioner announces, in a press release, the launch of an action plan by the summer of 2017. It will set the framework for coordinated actions within the European Union. Because the objective is clear. This is to rationalize the use of antibiotics in human medicine, but also animal. And for good reason: resistance to colistin, an antibiotic of last resort, was spotted for the first time on the continent. The man is not touched yet.

The European Food Safety Agency (EFSA), which collaborated on this report, therefore recommends two things: to place the appearance of the mcr-1 and mcr-2 genes, associated with resistance to colistin, under close surveillance, and improve monitoring of methicillin-resistant Staphylococcus aureus (MRSA) in food animals.

>> Read our “Treatments” file: Antibiotics: rational use avoids the development of resistance

His dog licks him, his skin rots!

Raw milk cheeses: what are the health risks and how can they be better prevented?

Staphylococcus: carriers who ignore each other are twice as likely to die prematurely