Alzheimer’s: what if it was a prion disease?

According to a new French study, proteins specific to Alzheimer’s disease behave like pathogenic prions, transmitting their abnormal shape to healthy prion proteins. 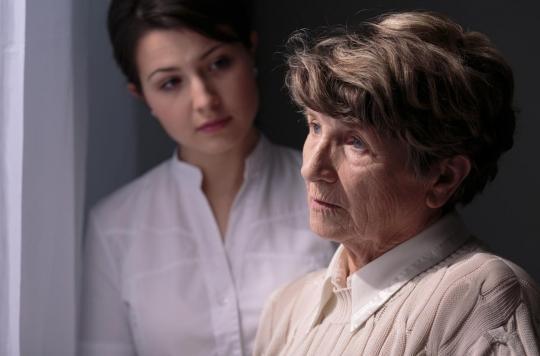 Alzheimer’s disease is the leading cause of dementia worldwide. It affects 7.7 million new people every year. From a clinical point of view, it progressively affects the patient’s cognitive functions (language memory, reasoning, learning, problem solving, decision-making, perception, attention, etc.) resulting in a loss of autonomy. From a physiological point of view, we have known for thirty years that two proteins play a central role in its formation: the beta-amyloid protein and the tau protein. According to a French study published in the journal Acta Neuropathologica Communications, these proteins would behave like pathogenic prions, transmitting their abnormal shape to healthy prion proteins and thus multiplying the degeneration of neurons in the brain.

To conduct their study, researchers from the François Jacob Institute of Biology (France) examined samples taken from patients who died of Alzheimer’s disease. By inoculating extracts in healthy animals, they were able to observe that this ultimately led to memory and language disorders, loss of neurons and a reduction in brain size.

They also observed the appearance of lesions characteristic of Alzheimer’s: amyloidosis and tauopathy. Thus, transmission of disease damage suggests that β-amyloid and Tau proteins behave like pathogenic prions, the researchers note.

First experimental demonstration of its kind

On his site, Inserm explains that “Prion diseases are rare diseases characterized by a degeneration of the central nervous system and the formation of aggregates of a specific protein. They are due to the accumulation in the brain of a normal but malformed protein, the prion protein. These diseases are characterized by a rapid and fatal course, as well as the absence of treatment. The best known is Creutzfeldt-Jakob disease (degeneration of the central nervous system, editor’s note)”.

If this study is not not the first to study the “prion hypothesis” in Alzheimer’s (theory also already advanced for other degenerative diseases such as Parkinson’s), this is the first experimental demonstration where clinical signs associated with a neurodegenerative process have been inoculated via the sample from one brain to another.

“Our results indicate that inoculation of Alzheimer’s disease brain homogenate induces an encephalopathy characterized by neuronal loss, progressive atrophy, alterations in neuronal activity and cognitive deficits as well as rare deposits of β- amyloid and tau. The clinical signs are explained by neuronal loss, cerebral atrophy and dysfunction of the neuronal networks. Tau lesions may be a strong determinant, but not the only one, in inducing neuronal loss and clinical outcomes. Further studies are needed to assess the nature of the relationships between the different lesions induced by inoculation of Alzheimer’s disease brain homogenate and to assess the mechanisms leading to the encephalopathy induced by these inoculations”, conclude the researchers. .

This discovery therefore reinforces the prion hypothesis for Alzheimer’s, which opens the way to the exploration of new mechanisms to understand neuronal and memory loss. In France, Alzheimer’s disease affects approximately one million people. According to Foundation for medical research225,000 new cases are diagnosed each year and the situation is not about to improve since in 2040, 2.1 million patients over 65 should be affected.