Alzheimer’s: the ban on driving “at the first signs” scandalizes

While some people with Alzheimer’s disease will soon no longer have the right to drive, doctors and patient associations denounce “an unfair, arbitrary, discriminatory and draconian decision”. 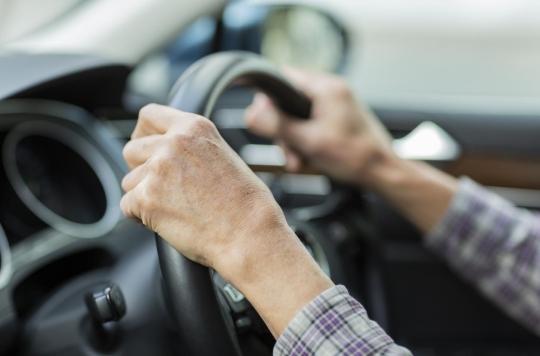 The government published, on March 28, in the Official Journal, a very restrictive decree on driving and patients with cognitive disorders. This decree provokes the challenge of the SFGG (French Society of Geriatrics and Gerontology), the FCM (Federation of Memory Centers), France Alzheimer and the Old’Up Association, who denounce “an iniquitous, arbitrary, discriminatory and draconian decision”.

The list of pathologies and infections had not been updated since 2005: it is now with a major change concerning people suffering from Alzheimer’s disease. Some of them will no longer be able to drive as soon as there is doubt about the nature of the disorder and as soon as stage 3 on the Reisberg scale is reached, specifies the decree. According to the text, the cognitive disorders of neuro-evolutionary pathologies such as Alzheimer’s disease and related diseases (LAM) present a definitive “incompatibility” with driving.

“While the idea of ​​such a decree to better regulate the driving of patients is commendable, the approach is questionable and the tool to which this decree refers is largely debatable”, deplore the various actors. “We cannot reduce such an important decision to a score and even less when this score, in this case the Reisberg scale, has not been used in geriatrics for 20 years to measure anything!”, indignant Professor Nathalie Salles, geriatrician at the Bordeaux University Hospital and President of the SFGG.

The organizations also believe that, in addition to having the effect of scaring patients away from geriatric and neurological assessment and therefore delaying the diagnosis of Alzheimer’s disease, this order has caused and will cause “collateral damage that the Road Safety Delegation (DSR) underestimates”. The activists fear in particular a breach of trust between the doctor and his patient (with this idea that the doctor who acts as a censor), stigmatization of sick people, social discrimination, an amalgamation between performance and dangerousness as well as an amalgam between a pathology and a population.

“The health crisis has shown that social ties are crucial for elderly patients and that depriving them of them leads to their slow death. Prohibiting driving without consulting them also amounts to dispossessing them and bringing them into disrepute because the car is often the last link between the elderly person and society”, still protests Marie-Françoise Fuchs, Honorary President of the Old’Up Association.

“My great fear is to deprive the people concerned of mobility. Many studies have shown the links between stopping driving and worsening social isolation and becoming dependent”, continues Benoît Durand, Deputy Director of the France Association for Alzheimer’s and related diseases. “I find that this decision that was taken illustrates a lack of knowledge and almost a contempt for the professionals and associations that support patients with cognitive disorders on a daily basis”, he concludes.

About one million people in France are affected by Alzheimer’s disease, and 225,000 new cases are diagnosed each year.