Researchers have just identified a protein that may be associated with an increased risk of dementia. 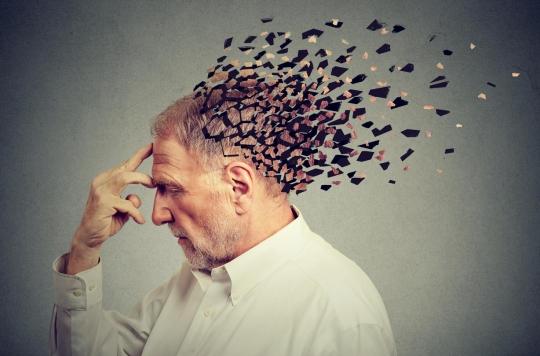 Dementia, a syndrome characterized by a range of symptoms from mild memory loss to the inability to lead a normal life, affects nearly 50 million people worldwide. Despite its high prevalence, there is no definitive diagnosis. A new study by researchers at Brigham and Women’s Hospital could help improve risk prediction. Researchers measured circulating levels of insulin-like growth factor-binding protein 2 (IGFP-2) and found that it was associated with an increased risk of all-cause dementia and disease dementia. of Alzheimer’s.

There are many forms of dementia, one of the most common of which is Alzheimer’s disease. Identifying those at high risk is key to developing new interventions and therapies to delay the cognitive impairment that is a hallmark of dementia.

The researchers took plasma samples from 1,600 participants and measured their IGFBP-2 levels. An analysis of dementia risk, cognitive performance, and structural measures of brain MRI found that elevated levels of circulating IGFBP-2 were associated with an increased risk of all-cause dementia and brain disease. Alzheimers. Abstract reasoning tests also showed a decline. When IGFBP-2 levels were studied in accordance with traditional risk factors, 32% of people with dementia were accurately assigned a higher predictive risk and 8% of people without dementia were Accurately assign lower predictive risk.

Results may vary from group to group

The study is promising and has big implications for millions of people with dementia. But it must be taken into account that the study participants were predominantly Caucasian. Results may vary from group to group.

Additionally, the relationship between IGFBP-2 and IGFBP-2 levels in cerebrospinal fluid has not been established. Cerebrospinal fluid, present in the spinal cord and brain, and plasma being a major component of blood, if this link existed, IGFBP-2, a potential biomarker of dementia, could be analyzed through a blood sample while he lumbar puncture to analyze the cerebrospinal fluid for diagnostic purposes is a major intervention.

The benefit of early diagnosis

Recently, researchers had studied the role of insulin resistance in the brain in the development of dementia. Insulin helps repair and regenerate nerve tissue, cells and cell products. However, IGFBP-2 is considered to alter these regenerative effects.

According to estimates by the World Health Organization, 82 million people worldwide will be living with dementia by 2030. Currently, there is no treatment to cure dementia or stop its progression. But early diagnosis can help people manage their disease and live a reasonable quality life.