Addiction to social networks is linked to behavioral problems

Preteens, who spend more time in front of screens and are addicted to social networks, are more likely to develop behavioral problems. 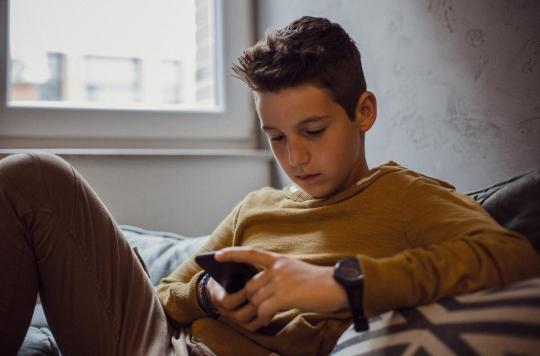 In previous research, the link between children’s screen time and behavioral problems has been established. However, they did not distinguish between types of screen use or only examine one type, such as video games. This is why scientists from the University of California (United States) carried out work published in the journal The Journal of Child Psychology and Psychiatry.

Use of screens: data from 11,875 preteens analyzed

As part of this study, they analyzed data from the “Adolescent Brain Cognitive Development” cohort, which involved 11,875 children aged 9 to 11. Each young participant reported the number of hours per day they spent on six different types of screen: watching TV shows or movies, watching videos (like on YouTube for example), playing video games, send text messages, make video calls and check social networks like Instagram. A year later, researchers assessed behavioral problems in preteens. As a reminder, these disorders are anomalies in the way of acting and reacting.

4 hours a day spent in front of screens

According to the results, volunteers reported spending an average of 4 hours a day in front of screens streaming TV shows or movies (1.3 hours on average), playing video games (1.1 hours ) and watch videos on different platforms (1 hour). “Examining thresholds, exposure to more than 4 hours of screen time per day was associated with a higher prevalence of behavioral disorder (69%) and oppositional defiant disorder (46%),” noted the authors.

Social networks: “children can be exposed to violent content”

“Social media can encourage bullying and aggression. Children can be exposed to violent content on these platforms through advertisements, even if they are not looking for it. algorithms return even more disturbing content and kids can get stuck in toxic cycles,” said Jason Nagata, lead author of the study, in a statement.

Pizzas, crisps, cereals… These foods should be classified as drugs

Addiction: “I lived it in my flesh but without asking the words”

Internet: “disconnected” children have less self-esteem than others

Screen work: how to limit the risks to your health?

‘Mindful’ use of smartphones can improve productivity

Dry eye: more and more children affected because of screens

Blue light: do you really need to wear glasses to protect your eyes?

Cocaine, heroin: these addictions would decrease the white matter of the brain