Abortion: the Netherlands and Canada ready to help American NGOs

Canada plans to contribute to the Dutch international fund to compensate for the halt in US funding for international NGOs supporting abortion. 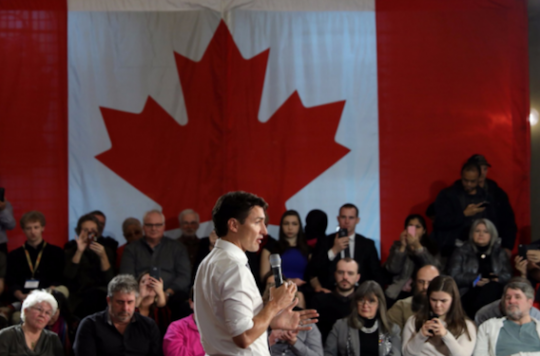 Faced with Donald Trump’s anti-immigration decree, the Canadian Prime Minister was quick to react. On Twitter, Justin Trudeau said, “To those fleeing persecution, terror and war, know that Canada will welcome you … regardless of your faith. Diversity is our strength. Welcome to Canada, ”he concluded. The latter, however, did not forget that Muslims were not the only ones targeted by the policy of the new American president. He also wishes to help women.

Canada plans to contribute to the international fund that the Dutch government wants to set up in order to compensate for the halt in American funding for international NGOs supporting abortion, Agence France Presse (AFP) told Agence France-Presse (AFP) on Friday. Canadian government. As a reminder, billionaire Donald Trump signed a decree last Monday prohibiting the funding by the United States of these non-governmental organizations (NGOs).

The very next day, the Netherlands, through the voice of the Dutch Minister in charge of Development Cooperation Lilianne Ploumen, took “the initiative of an international fund to offer women in developing countries the access to good information, contraceptives and abortion ”.

And we learned this Sunday that Lilianne Ploumen then spoke on Wednesday with Marie-Claude Bibeau, Canadian Minister of International Development to discuss this fund, Marie-Claude Bibeau’s office told AFP. “The parameters of the Fund are starting to be defined so we will analyze the file quickly,” said Louis Bélanger, spokesperson for the Canadian minister.

Towards a health disaster

This decision is not surprising, however, since the government of Justin Trudeau, in power for a little over a year, is due to present its new development aid policy shortly. “Sexual and reproductive rights (linked to reproduction) will be at the heart of this new approach”, noted the cabinet of Marie-Claude Bibeau. “Canada’s approach is to ensure that every pregnancy is wanted, that every birth is safe, and that every girl and woman is treated with the dignity and respect they deserve. The financing of abortion is part of this approach, ”said the Canadian government.

According to theMarie Stopes International organization, quoted by Minister Ploumen, the end of American subsidies will cause 6.5 million unwanted pregnancies, 2.1 million unsafe abortions and the needless death of 21,700 mothers in four years. This health disaster will only add to that of Americans who will soon be deprived of Obamacare. Much to the despair of doctors across the Atlantic …

Trump decree: multinationals to the aid of migrants

Abortion: in France abortion is mainly done by medication

World abortion day: all the answers to your questions

Pregnancy: how to cure post-abortion syndrome?