A link between longer naps and risk of dementia?

Older people tend to take longer and more frequent naps as they age, but according to a new study, sleeping more during the day is linked to a higher risk of developing Alzheimer’s disease. 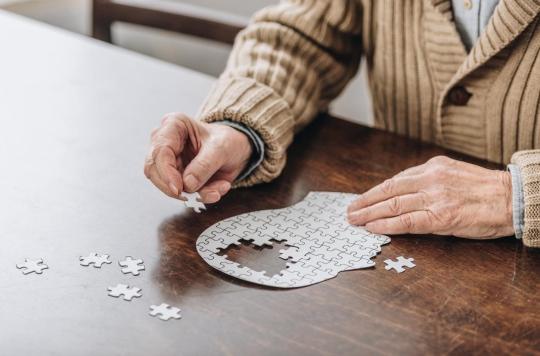 40% more risk! This is the result of a study published in The Journal of the Alzheimer’s Association who studied the link between Alzheimer’s disease and naps. Older people who took a nap at least once a day, or who slept more than an hour during the day, had a 40% higher risk of developing Alzheimer’s disease than those who did not take a nap, according to the researchers. daily nap or those who took a nap that did not last longer than one hour.

To arrive at this result, they examined data from 1,401 participants with an average age of 81 at the Rush Memory and Aging Project, a study to analyze cognitive decline and Alzheimer’s disease, which they followed for 14 years.

Over the years, the daily duration of naps has increased for all participants, but the researchers found differences between people with Alzheimer’s disease and those without. The naps of participants who did not develop cognitive impairment lengthened by an average of 11 minutes per year. In people for whom a diagnosis of moderate cognitive impairment was established, this duration more than doubled: the duration of naps increased by an average of 25 minutes per year. Finally, in participants for whom a diagnosis of Alzheimer’s disease was made, this lengthening tripled again, reaching an additional 68 minutes per year, on average. Additionally, longer or more frequent daytime naps were correlated with poorer cognition one year later, and conversely, poorer cognition was correlated with more excessive naps one year later.

The lethargy many Alzheimer’s patients experience isn’t due to a lack of sleep, but rather the degeneration of a type of neuron that keeps us awake, according to another study which also confirms that the protein tau is the cause of this neurodegeneration.

The study results contradict the common idea that Alzheimer’s patients sleep during the day to compensate for a poor night’s sleep and point to potential therapies to help these patients feel more awake.

“We were able to prove what our previous research indicated, that in patients with Alzheimer’s disease who need to take constant naps, the disease has damaged the neurons that keep them awake,” said Léa. T. Grinberg, a neuropathologist who, along with psychiatrist Thomas Neylan, is a lead author of the study, published in the April 4, 2022 issue of JAMA Neurology.

“It’s not that these patients are tired during the day because they haven’t slept at night,” noted the expert. “It’s that the system in their brain that would keep them awake is gone.”