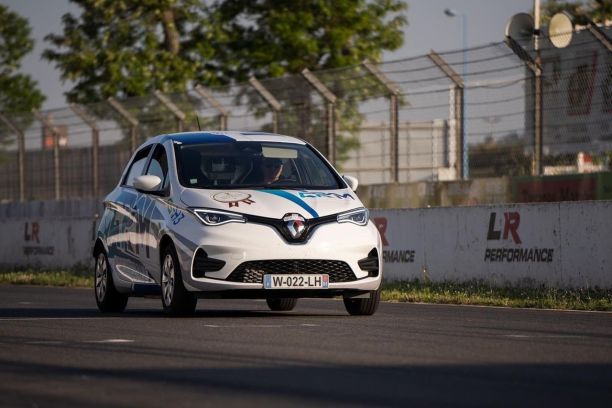 This Renault Zoe, equipped with a very special fuel cell, broke a record for autonomy.

A Renault Zoe equipped with a fuel cell using fuel designed by the French company ARM Engineering has just beaten a range record by covering more than 2,000 km on a full tank. This fuel can also be used to make thermal vehicles cleaner.

The French company ARM Engineering, based in Montans in the Tarn, has specialized in research into alternative fuels since it designed its first bioethanol conversion units in 2007. It recently developed a renewable synthetic methanol called G -H3, which has, among other features, the ability to power both thermal and electric vehicles, via a fuel cell for these. In order to demonstrate this second system, ARM Engineering has equipped a Renault Zoe with it. However, the city car has just beaten a double distance record, since it has traveled 2 055.68 km with a full 200 l on the Albi circuit while driving at 50 km/h.

The advantages of hydrogen without the disadvantages

According to ARM Engineering, G-H3 can be obtained by anaerobic digestion of non-food biomass, such as manure and plant residues, or from CO2 and hydrogen by means of water electrolysis which can itself be carried out with electricity of renewable origin. The supply circuit therefore plays a crucial role in the ecological viability of this fuel. If the best conditions are met, this process allows a G-H3 fuel cell car (which recomposes hydrogen to transform it into electricity) to emit 80% CO2 less compared to a model that runs directly on hydrogen, such as a Toyota Mirai, thanks to lower “well-to-wheel” emissions. Usable in liquid form, G-H3 has the particular advantage of being able to be distributed by conventional fuel pumps, unlike electricity and hydrogen which require dedicated infrastructures.

The Mirai, precisely, held until now the autonomy record for a fuel cell vehicle with 1,360 km traveled without refueling in 2021. ARM Engineering broke the autonomy record for an electric car at the same time. This one had been held since 2017 by the prototype The Phoenix of the American company IT Asset Partners, built from recycled elements, which had reached 1,600 km on one charge.

Better than bioethanol for thermal

A combustion engine car can use pure G-H3 as fuel, unlike E85 which mixes with gasoline, thanks to a conversion kit. In this case, it reduces CO emissions by 80%2 of the vehicle and reduce its emissions of fine particles and nitrogen oxides to zero, according to ARM Engineering. The high octane number of G-H3 (109) also allows for increased power and torque. The icing on the cake, the gross production cost of G-H3 is only €0.35/l according to the Tarn company.

TO READ. Porsche eFuel. Petroleum-free fuel to save heat!

A single source of energy for thermal and electric?

So on paper, G-H3 could become an all-purpose fuel. It would make it possible to power fuel cell electric vehicles offering great autonomy without the disadvantages of hydrogen while decarbonizing thermal models. Constraints related to production circuits, logistics and scale of use are all obstacles to its mass adoption, not to mention certification, but ARM Engineering intends to build on its newly established records. to find investors to develop this project. This will go through the creation of a new company called ARM Energy.