Developmental delay, anxiety, depression, addiction, insomnia, migraine… Overconsumption of screens is bad for children’s health. However, the little French are watching them more and more. 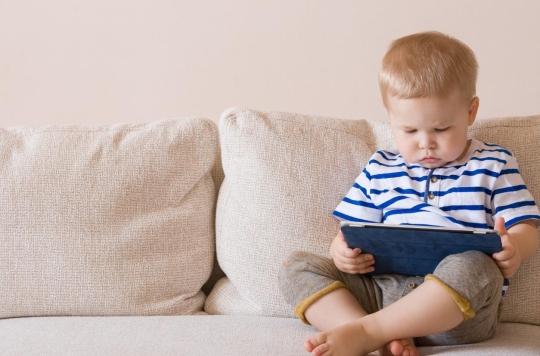 Early childhood professionals keep hammering it home: no screen for three years. Yet, according to a new Ipsos poll for Unaf and Open, 43% of French children aged 0 to 2 already use the Internet! 26% of babies watch short videos, 24% TV series and 22% movies.

Another lesson from the survey: the health crisis has accelerated the growth of screen time within families. Children are thus receiving their first digital device at an increasingly young age (10.3 years on average). 44% of parents and 53% of children also say that their screen consumption has increased since the start of the health crisis, and for 70% of adults, “these developments are likely to last over time”.

However, the Ipsos survey shows that the French are aware that excessive screen consumption is a problem. 77% of parents believe they spend too much time in front of their screens, and 56% believe that the Internet is both a risk and an opportunity for their children. Among the dangers cited are addiction (51%), cyberbullying (49%) and contact with strangers (43%). Children, for their part, express their “digital experience” through health issues such as headaches (43%) or difficulty falling asleep (42%).

As a result, many say they need help: nearly 1 in 2 French people do not feel supported or not sufficiently supported to regulate the consumption of television, tablets, computers or smartphones.

When to resume your sex life after baby?

Decline in desire: 6 tips for reconnecting with your sexuality after baby

A baby seal against memory loss