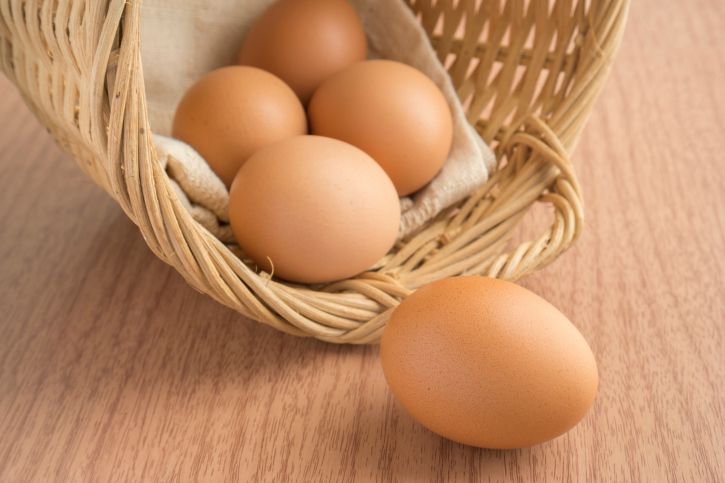 Should we stop eating eggs? Obviously, when you have too much cholesterol in your blood, it is recommended to swallow little of it in your diet, even if this is only a modest part of the total. The eggs being rather well provided, it is classically not recommended to abuse them. However, all the cholesterol in theegg is concentrated in the yolk, the white does not contain any at all. In addition, eggs provide valuable proteins. This is why doctors do not ask to do without it completely. “In the event of high cholesterol, it is only recommended to limit consumption to 2 whole eggs per week”, confirms dietitian Véronique Liégeois.

This advice is all the more reasonable as the association between the consumption of eggs and the increase in bad cholesterol has recently been called into question. A study analyzed the relationship between the number of egg yolks consumed per week by 1231 people (average age 62) and the extent of atheromatous plaque in their carotid artery (online publication in ” Atherosclerosis ”, August 1, 2012).

Bottom Line: People who eat 2 or fewer eggs have significantly lower plaque than those who eat 3 or more. But where the study surprises is that it finds no direct relationship between the level of egg consumption and cholesterol levels. It would therefore be a risk factor (especially for diabetics), but not because it increases cholesterol.

Should we make a cross on the butter and the cheese?

Cholesterol is found mainly in animal products, more particularly in foods rich in saturated fatty acids, of which dairy products are a part. To reduce your cholesterol level, it is therefore recommended to reduce your consumption of butter and cheese. “But the recommended diet always depends on what people eat at the start, nuances Dr Lecerf. In case of excess, we will tell them, of course, to reduce the quantity of these products a little. However, if they are already eating it sensibly, they may instead be suggested other lifestyle modifications that may lower their cardiovascular risk. “

Even though eating a lot of saturated fat raises bad cholesterol levels and lowers good cholesterol levels, it’s not about demonizing them and getting them off the plate altogether. Because the temptation is then great to replace their calories with more carbohydrates with a rapid glycemic index (such as bread or white flour pasta), which is not better for your health! To favorably rebalance our fat intake, the idea is to replace a large part of saturated fat with mono and polyunsaturated fatty acids, provided in particular by vegetable oils, oleaginous dried fruits and oily fish.

Moreover, the lipids contained in dairy products are not the only threat. As an analysis published in “Plos Medecine” (July 2012) reminds us, we must also be wary of fats hidden in industrial foods, such as stearic acid (E570) or palmitic acid, which can represent up to two thirds of our food. consumption (cold meats, ready meals, pastries, pastries …).

So, in concrete terms, what is the reasonable daily serving size for people with high cholesterol? “In principle, we are entitled to 5 or 10 g of butter (the small square of the restaurant) per day, for example on the morning toast,” recalls Véronique Liégeois. Dr Laurence Benedetti, micronutritionist, allows his patients 3 portions of cheese per week (30 to 40 g).

Should we be wary of meat?

It constitutes an important source of saturated fatty acids, the harmful effects of which, in case of excess, are no longer to be proven. And many French people consume too much of it. However, the meats also provide valuable proteins, vitamins and minerals (iron, zinc, selenium). This is why it is not necessarily advisable to convert to vegetarianism, but rather to reduce overall intake to a portion of 80 to 120 g per day. That’s not all, because the lipid rate varies from 5 to 30% depending on the species and the way in which the animal was fattened (some breeders are making efforts, such as those in the Bleu-Blanc-Cœur sector). It also depends on the piece: a roast pork is infinitely less fatty than the ribs and it is better to choose the steak tab rather than a steak. The reasonable attitude is to keep the most fatty meats (lamb, mutton and certain pieces of beef) for exceptional times. Consumers who appreciate them can replace meat from time to time with tofu or soy cakes, also rich in protein, and which also have the virtue of lowering cholesterol.

Are omega 3s effective against cholesterol?

Triglycerides: even more harmful than cholesterol