Regular consumption of fried foods increases the risk of cardiovascular problems. Also, depending on the food, it can promote the body’s inflammatory response or produce carcinogens. 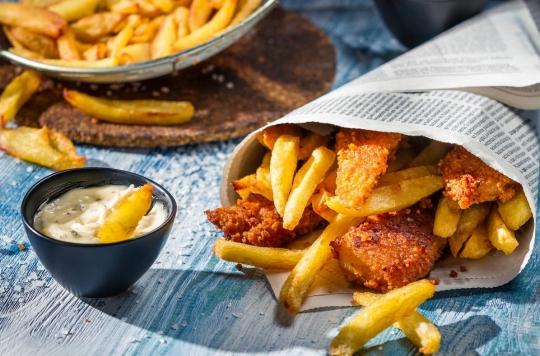 Western diets aren’t the best, that’s a fact. Too many carbohydrates, too much meat, sugar and above all, fat. All these elements do not promote good cardiovascular health, as pointed out by researchers from the University of Shenzhen (China). According to them, fried foods are linked to an increased risk of heart disease and serious strokes, with the risk increasing with each weekly serving of fat. The results were published in the January edition of the monthly Heart.

An increase in risk each week

To understand the negative effects of fried foods on the body, the researchers compiled 17 studies published on the subject up to April 2020, involving 562,445 participants and 36,727 major cardiovascular “events” such as strokes. By pooling this data, they were able to cover almost a decade of results, a valuable period of time to assess the potential link between fried food consumption and death from cardiovascular disease from any cause.

Thanks to this analysis, the researchers were able to demonstrate that a high consumption of fried foods per week creates a 28% increased risk of major cardiovascular events, 22% of coronary heart disease and 37% of heart failure. In detail, the absorption of 114g of frying per week increases major cardiovascular events, coronary heart disease and heart failure by 3%, 2% and 12% respectively.

The researchers, however, raise doubts about these figures which could be underestimated, because some studies only took into account one type of fried food, such as fried fish, potatoes or snacks, which still leaves room for improvement in these figures.

Due to their high fat content, fried foods generate harmful fatty acids from the hydrogenated vegetable oils often used for cooking. In addition, ingesting large amounts of fat stimulates the production of chemical by-products involved in the body’s inflammatory response.

The health effects are mainly based on the addition of substances. Thus, by consuming fried chicken and bacon for example, it is necessary to add in addition to fatty acids the consumption of salt which results from it, but also the various substances present in the meat, such as nitrites in the case of bacon. These materials, under the effect of cooking, can create carcinogenic substances, which are also bad for health.

To protect your heart, treat your cavities without delay!