To lose weight, the ideal would be not to consume protein bars because they are often very caloric and do not bring a lasting feeling of satiety, contrary to the image of “healthy snack” that they convey. Explanations. 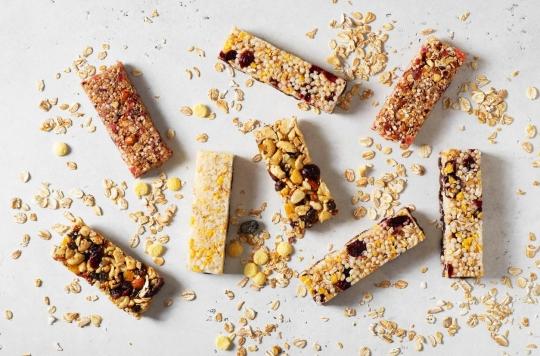 They are sold as healthy products, but in reality protein bars would not be the best allies for people who want to lose weight. Indeed, according to a study presented during the conference Obesity Week 2022 in San Diegoin California, these would on the contrary make you fat because they are very caloric and do not satiate in a sustainable way.

A protein bar has an average of 200 calories, which is roughly equivalent to two apples or three medium-sized eggs. To determine whether daily consumption of these products was beneficial for weight loss, scientists followed the diets of 21 people for a month.

During the first two weeks, the volunteers ate as usual, without a protein bar. However, for the rest of the study, they had to consume a protein bar each morning, within an hour of waking up.

During the past two weeks, the scientists observed that the overall daily calorie consumption of the participants had increased. Some even had a daily boost of up to 220 extra calories. As a result, in just one week, some had already gained half a kilo, simply because of this daily consumption of protein bars.

The researchers therefore concluded that people who ate these products every day were more likely to gain weight than people who did not. And this, from the first week.

Protein bars do not satiate and lead to eating

How to explain this weight gain? These protein bars do not permanently satiate according to scientists. Thus, people often tend to eat a second or eat again a few hours later.

On the other hand, some of these bars are sometimes much less nutritious than they appear. For example, they can be very sweet, especially because of the added sugars and the high fructose corn syrup they contain. According to a study published in 2015 in the journal Frontiers in Nutritionthis carbohydrate could make you fat and would even be associated with a higher risk of obesity.

“Year-over-year, nutrition bar sales show strong growth in the United States, explains Dr. Carol Johnston, one of the authors of this study at DailyMail. These bars can be a good source of specific nutrients. However, (their consumption) may increase daily energy intake and therefore the risk of gaining fat mass and possibly body mass over time.”

It is therefore better to consume these protein bars in moderation and rather choose a fruit for its snack!

Obesity: the fault of ultra-processed foods without protein?

Heart disease: how a Covid protein damages the heart

Here are the 5 most caloric fruits