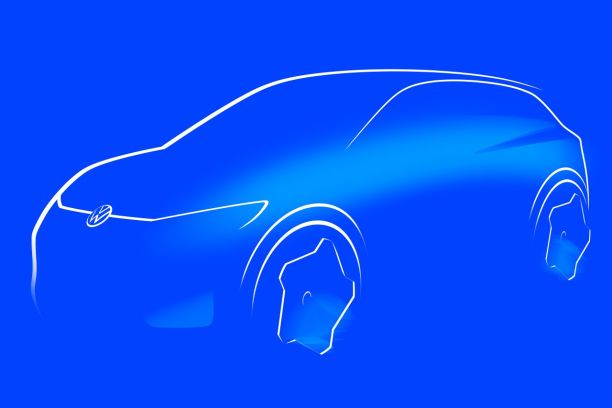 The manufacturers Volkswagen, Skoda and Cupra are each preparing an entry-level electric urban model for 2025. All three will be produced in Spain, and they are revealed a little today on illustrations.

The Volkswagen group has just confirmed a colossal investment of 10 billion euros with its partners to produce electric vehicles as well as batteries in Spain between its existing factories in Martorell and Pamplona as well as the future “gigafactory” in Sagunto. On this occasion, the German giant unveiled a unique preview of the “zero emission” city models that will be assembled on the other side of the Pyrenees for the Volkswagen, Skoda and Cupra brands.

Styling change for the Volkswagen ID.2

The new illustration of the future small electric Volkswagen, which could be called ID.2, confirms the radical change of direction of its design compared to the ID concept car. Life of the 2021 Munich Motor Show. The “square” silhouette with a deceptively rustic look is being scrapped in favor of curves much more in phase with the rest of the ID range., a visual identity that can be found in the shape of the front lights. Only the offset of the rear fenders and the outline of the side windows still have less gentle angles, elements that could be characteristic of vehicles based on the architecture that will be used for this segment. Volkswagen reaffirms that this car will be marketed in 2025 at a starting price of between €20,000 and €25,000.

A new aesthetic language at Skoda

Skoda seems to have inherited the angular styling from the Volkswagen ID concept. Life, which is reminiscent of that of the Fiat Centoventi concept, which is not surprising given the commercial positioning of the Czech brand close to that of its Italian competitor. The firm relies on a robust look with a nearly horizontal hood, roof and beltline combined with steep front and rear faces. The marked inclination of the windshield and the small roof spoiler provide a hint of sportiness. Skoda has dubbed its new aesthetic language Modern Solid.

Sportiness, it is especially at Cupra that it will be discussed, the electric of the cities to come descending from the UrbanRebel concept. Front spoiler, side sills and roof spoiler will obviously be less prominent on the production car, which could receive a five-door body against three for the prototype.

We nevertheless notice an obvious stylistic kinship with the Skoda model despite the sculptures of the sides adding some curves, the plunging front bonnet and the more inclined rear pillars.

TO READ. Volkswagen Group. Does Seat have a future against Cupra?

On the technical side, these three urban electric vehicles will be based on a modified version of the MEB modular platform. Shortened, this technical base is designed as front-engine traction, while the main engine of the MEB models of the upper segments is installed on the rear axle which it drives. The battery will always be installed under the floor. For the ID.Life, Volkswagen had announced a capacity of 57 kWh and a WLTP range of 400 km, as well as an output of 234 hp (172 kW). The specifications of the production models remain to be known.

How about an electric bike?

And if the electric car was not the panacea?