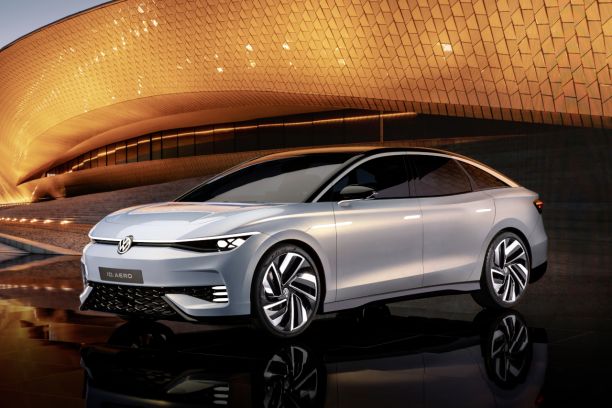 With this prototype called ID.Aero, Volkswagen announces the lines of its first large electric sedan, the ID.7.

Already gone for a few months, the Passat sedan will not return. To replace it, Volkswagen is preparing a large 100% electric four-door, the ID.7. The ID.Aero concept already gives a fairly precise idea of ​​its aerodynamic lines, but China will be served before Europe.

At Volkswagen, historical designations no longer necessarily have the wind in their sails. If the Passat break will have the right in 2023 to a whole new generation, now assembled in Slovakia with the next Skoda Superb, the sedan will be classified without continuation. But the brand is preparing an indirect replacement, which this time will take the name of ID.7. With such a name, you will no doubt have already guessed the main novelty: a switch to 100% electric. The ID.Aero prototype is responsible for giving a faithful overview of the lines of the production model, the European version of which will go into production in 2023 in Germany, in Emden. Priority will be given to China, however, which will have two slightly different variants, one for each of Volkswagen’s joint ventures, with manufacturing ensured locally.

A sedan close to 5 m long

Still a bit stingy with information, the brand evokes a length of “nearly five meters”. This ID7 therefore promises to be more imposing than the late Passat, which peaked at 4.78 m. It even exceeds the 4.87 m of the Arteon, whose future is also compromised. Rather than the Tesla Model 3, 4.69 m long, it is thus the Model S (4.97 m) that this great German seems to be attacking. The name of the ID.Aero concept evokes both its habitability (“Roominess” in English) and its aerodynamics. With its fluid lines and its 22-inch rims with a very elaborate design, this study indeed boasts an excellent Cx of 0.23. A result obtained in particular thanks to the pure and simple removal of door handles, replaced here by tactile surfaces. Just touch them to trigger the opening. Not sure, however, that this last artifice survives the moment of entry into production.

The same platform as the compact ID.3

The production model will nevertheless remain extremely close to this prototype. In particular, it will keep the same chrome arch above the side windows, already announced by the 2018 ID.Vizzion concept. We should also find, with a few details, the same look, close to that of the rest of the ID range. As for the rear lights, connected by a light strip that even includes the Volkswagen logo, they are in line with other productions badged ID. The kinship will not only be aesthetic. Despite dimensions at odds with those of the compact ID.3, the ID.7 will also remain faithful to the MEB platform. A base which tries to optimize the advantages of 100% electric, by installing the battery in the floor and by housing the engine at the level of the rear axle on the propulsion versions. With, in the key, a habitability which announces here worthy of a true limousine.

More than 600 km of autonomy