Tweens lose one night’s sleep a week to social media

A study reveals that one in eight children uses social networks at night when they should be sleeping. 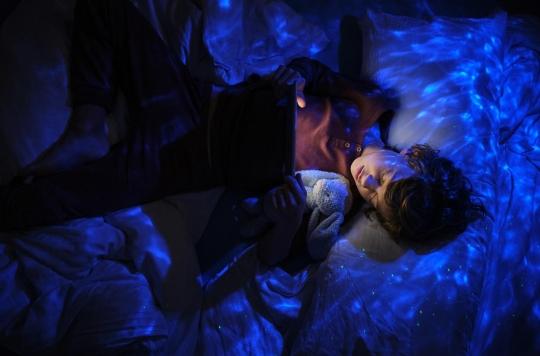 Lack of sleep in children is very harmful: it harms their health by affecting memory, behavior, logical reasoning, and the ability to control emotions.

This is why it is recommended that a 10-year-old child sleep between nine and twelve hours a night.

According to researchers, the frenetic use of social networks jeopardizes these hours of beneficial sleep: indeed, according to a study taken up by Email Online, ten-year-olds who use social media more sleep less well and for less time, as they only get 8.7 hours of sleep per night on average.

Over a full week, this is equivalent to a full night of lost sleep, the authors regret.

The study was carried out at schools in Leicester on 60 children aged 10, all of whom had access to social media, with 89% of them owning their own smartphone.

This lack of sleep is also due to the anxiety generated by social media and which is well documented for a few years.

Children are not spared: they are afraid of missing something if they are not on the networks watching what their friends are doing.

This fear is known as Fomo (“Fear of Missing Out” in English). “The idea of ​​Fomo is that if you’re not online, something happens, which means you’re not part of it. This is what we often see in the age groups we are talking about, where children have well-established networks of friends and want to know what their friends are up to.”, said Dr John Shaw, from De Montfort University, who presented the research at the British Science Festival in Leicester.

Evaluate the quality of your sleep with these 4 criteria

Melatonin: consumers are poorly informed about the risk of side effects

How can we better remember our dreams?