To Reduce Your Risk of Heart Disease, Avoid These Foods

Sugary, processed and refined foods are more likely to cause inflammation, which can lead to cardiovascular disease and stroke. 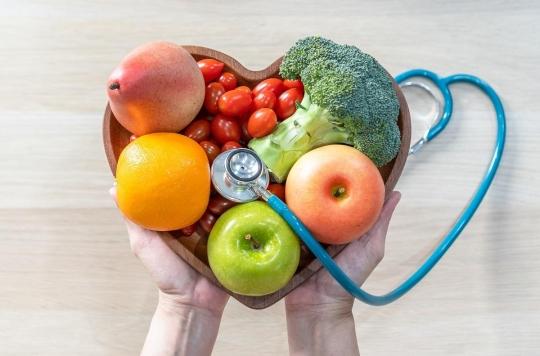 Our diet should not be taken lightly. It affects our health on many levels, and a study has provided a new reason to take care of what’s on your plate. A diet that increases inflammation in the body is linked to an increased risk of cardiovascular disease and stroke, researchers at Harvard University have found. Their work has appeared in the Journal of the American College of Cardiology (JACC).

A 46% increased risk of developing heart disease, and 28% of having a stroke

The researchers looked at data from a study that analyzed more than 210,000 people since 1986, or 32 years of follow-up. However, despite the length and large number of participants, additional research may help validate the relationship between certain foods and inflammation. “Our study includes only nurses and healthcare professionals, and our study population was predominantly white, so it is important to expand and replicate our findings in other populations.temporized the researcher. We perform a similar analysis in other cohorts with higher proportions of African American and Hispanic participants.”

What should be avoided?

Which foods are best to eat, and which are to be avoided? According to the scientists, previous research has shown that following a more vegetarian diet, such as the Mediterranean diet, reduces the risk of inflammation over time. A diet rich in fruits and vegetables, whole grains and healthy proteins is healthier than refined and processed foods. “It’s really no surprise that plant-based foods that are predominantly whole, low in fat and known to be anti-inflammatory continue to be the best waysaid Dr. Andrew Freeman, cardiologist and director of cardiovascular prevention and well-being at National Jewish Health in Denver, to the American health media. Healthline. It’s also not surprising that foods like sugary drinks, meats, cheeses, fatty foods, etc., are associated with worse outcomes..”

Foods to avoid include sugary drinks, processed meats and refined grains. “Regarding this study, I would say that it is best to reduce the consumption of refined grains, especially fried cereals [ainsi que] red, processed and organ meat, and sugary drinkssuggests Jun Li. It would be impossible to say never to eat these foods, but try to reduce the consumption of these foods and replace them with whole grains, plant-based or other healthy sources of protein, such as fish. Also increase your intake of dark green and yellow leafy fruits and vegetables..”

Why night owls should consider getting up early

Consuming sweeteners is associated with an increased risk of cardiovascular disease

Fast food: how to manage with teenagers?