In September, 3,000 patients suffering from serious illnesses will take part in the medical trial. 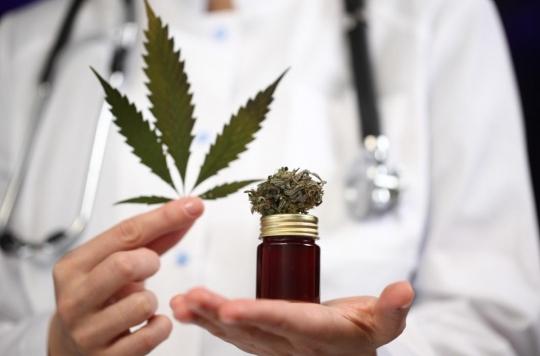 Experimentation with therapeutic cannabis is taking shape. According to Christelle Ratignier-Carbonneil, Deputy Director General of the National Medicines Safety Agency (ANSM), it could start in September 2020. On Wednesday January 22, the Deputy Director General spoke during the first auditions of the parliamentary fact-finding mission on the regulation of cannabis to the National Assembly.

A treatment offered as a last resort

Since 2018, the ANSM has been working on therapeutic cannabis. It would relieve pain and would have anti-inflammatory, antiepileptic or analgesic properties. The clinical trial was supposed to take place during the first half of 2020, it will be postponed for a few months. In September, 3,000 patients with serious illnesses will use therapeutic cannabis as part of this medical experiment. “We selected a certain number of indications: neuropathic pain refractory to drug or non-drug therapies, certain forms of severe and drug-resistant epilepsy, in supportive care, in palliative situations, in oncology, in the case of pain related multiple sclerosis or other pathologies of the central nervous system”, indicated Christelle Ratignier-Carbonneil. Therapeutic cannabis will be prescribed as a last resort, that is to say when other treatments or therapies have failed or are insufficient in relieving pain, or when they are poorly tolerated.

Patients will be followed by medical specialists, neurologists or pain specialists. They will be in charge of making the first prescription, which the patient will have to pick up at a hospital pharmacy. For renewals, he can go to his ordinary pharmacy. The treatments, free, will be in the form of oil or dried flower.

The production in question

“September is tomorrow, it’s very close,” said Christelle Ratignier-Carbonneil. Until then, it is necessary to find growers capable of supplying enough cannabis for experimentation. However, in France, the law prohibits the cultivation of cannabis plants whose tetrahydrocannabinol (THC) level is greater than 0.2%. For the start of the experiment, the leaves used could come from abroad. “If a national producer is able to meet the criteria (…), he may be selected”, specifies the deputy director general of the ANSM. The French agricultural cooperative group InVivo has already filed an application to enter the market.

“There is a need, there is a demand, insisted the deputy director general of the ANSM, it is important to be able to provide an answer and a service, but that this can be carried out in the most secure possible setting. ” In Europe, 21 countries have already authorized the therapeutic use of cannabis.

Congenital malformations: the ANSM toughens the prescription of valproate-based drugs