The most spectacular facelifts 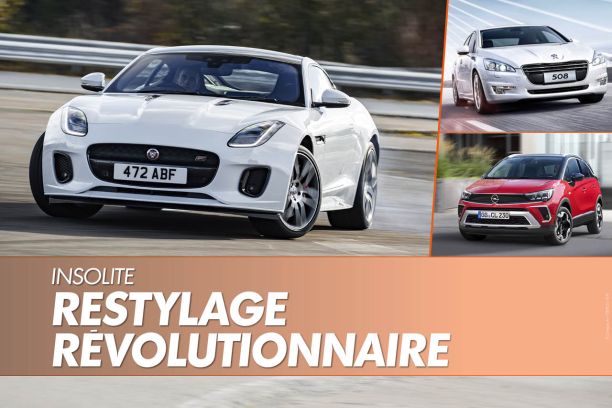 There are invisible restylings and major operations. We focus here on the second case.

If for some car models life is a long calm river, for others, more struggling commercially, restyling is essential. Panorama of the most emblematic facelifts.

The career of an automobile generally has two phases with, halfway, a restyling. Depending on the commercial results, but also the ambition of the manufacturer, the latter can be more or less large. In this article, we will focus on cosmetic operations, the result of which is clearly visible. Those which have transformed the automobile concerned without transforming the last of the class into best-sellers.

>> These restylings that have transformed models <<

There are several scenarios. A car whose muzzle no longer matches the aesthetic identity of the moment, for example, must do its best to harmonize with the rest of the range. We think precisely of the case of the Mercedes Class W212 (see above). Closer to home, the Opel range generalizes the so-called Vizor grille over restylings and the launch of new models.

A return to grace for the unloved?

There are also badly born cars, like the Citroën Visa, the BMW Series 7 E65 “Bangle” from 2001 or the Fiat Multipla. So many models with a physique deemed ungrateful by public opinion and that their manufacturers had to bring into line as soon as possible. Finally, there is the case, admittedly extremely rare, of a change of brand mid-term as for the Citroën DS3, DS4 and DS5 leaving the lap of the double chevron to form, as quickly as possible, and with the means at hand, the range of the manufacturer DS.

When the restyling takes place at the back…

But let’s not forget the restyling of the rear parts either. In this category is the Audi A6 Sedan type C6, which adopted two-part lights mid-life, more rewarding and above all fittings with those of the other models in the range, including the A4 just below. The BMW 1 Series, then recently the Volkswagen Polo, have also done so.

The most spectacular hood air intakes

Plus Kijktip: spectacular research in Parkinson’s