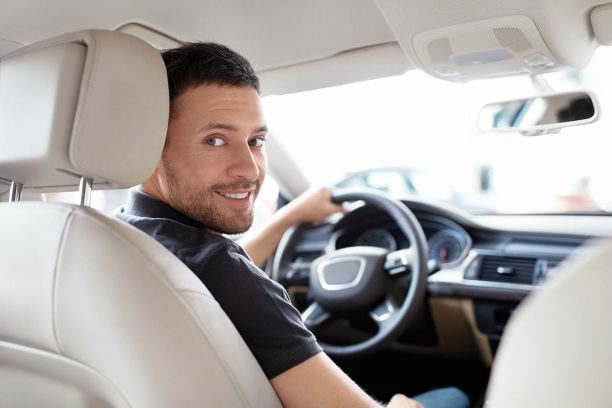 What are the best-selling cars for men? Answer with this study signed L’argus and NGC-Data®.

On the occasion of Father’s Day, L’argus and NGC-Data® delved into new car sales statistics in France to establish the ranking of men’s favorite brands and models. A choice that varies according to the age category. Here’s what to remember!

What are men’s favorite cars? If Ferrari, Porsche and other exclusive brands are often the dream of these gentlemen, they are clearly not part of the top 10 vehicle sales on the French market. So, what is the male sex rolling in? This is what the editorial staff wanted to know. The argus. In collaboration with NGC-Data®, we have established the list of the best-selling brands and models for men in absolute terms as well as according to their age! At 25, 40 or 60, needs and desires differ… As proof, Seat is more attractive to young people, while Citroën and Toyota are more reassuring to those over 50.

The 10 favorite brands/models of men

Our study was therefore carried out using data from the SIV (Vehicle Registration System) file for the first five months of 2022. We only took into account sales of new vehicles to individuals. Businesses and rental cars (LOA/LLD) were excluded. We also discarded data from registration certificates with a mixed first name or simply without a surname. In almost 7 out of 10 cases, the owner is over 50 years old because of his means. The other age categories studied (20-35 years and 36-50 years) share the crumbs! Three brands appeal to both men and women, regardless of age. These are Renault, Dacia and Peugeot.

On the model side, the Romanian manufacturer even occupies the first two places in the men’s ranking by hoisting the Sandero and the Duster in 1D and 2e positions (more than 10% market share). Another point in common with women: the Sandero is also their favorite model*. On the other hand, women prefer city cars while men have a clear preference for SUVs. However, the study shows that urban models (B SUV) are mostly chosen.

Top 10 brands and models most bought by men (in number of registrations or market share) in 2022:

As mentioned in the preamble, The argus and NGC-Data® wanted to know the habits of buyers according to their age. Of the total number of vehicles registered by men, we have therefore isolated the models sold to 20-35 year olds. This age group represents only 11% of total sales over the first five months of the year, the high cost of a car is no stranger to it. This is almost six times less than the number of vehicles acquired by the over 50s. There are several ways to explain these numbers. The disenchantment of young people with cars in favor of new forms of mobility (bicycles, scooters, etc.), public transport or car-sharing/carpooling. Moreover, this category of the population more often uses rental formulas (LOA/LLD), here excluded from our statistics, and prefers to devote its budget to leisure activities. Moreover, when she buys a vehicle, she mainly turns to city models (Sandero, 208, Clio) and relies on brands with a young image such as Seat, Ford or Hyundai.

Top 10 brands and models most purchased by men aged 20-35 (in number of registrations or market share) in 2022:

The favorite models of 36-50 year olds

Men aged 36-50 account for 23% of the number of vehicles sold in France in 2022. This is twice as much as the lower category, but still three times less than the over 50s. In this age category, with a larger budget, the Tesla Model 3 climbs to the second step of the podium with nearly 5% market share. The 100% electric sedan responds both to the ecological considerations of this category of the population, but also to its desire to appear in a trendy vehicle at the cutting edge of technology. The price-performance ratio, however, remains a key element for another section of buyers. The proof with Dacia. The manufacturer manages to classify three models (Sandero, Spring and Duster) in the top 5 bestsellers since the 1er January.
Top 10 brands and models most purchased by men aged 36-50 (in number of registrations or market share) in 2022:

These cars preferred by men over 50

After the fifties, male buyers clearly set their sights on SUVs. The Renault Captur and Dacia Duster occupy the podium of best-selling models, behind the Sandero. The Peugeot 2008 ranks in the top 5. It sells six times more copies among the over 50s than among the “youngest” (20-50 years old). Fans of more habitable and easily accessible models, men over 50 also prefer more comfortable models. Citroën, whose reputation is well established in this area, is thus the fifth most purchased brand by this category of the population. Toyota is also one of the most popular brands with a fourth place in the ranking. The C-HR no longer tops the list of best sellers. At the start of 2022, the Japanese bestseller is called Yaris Cross.
Top 10 brands and models most bought by men over 50 years old (in number of registrations or market share) in 2022:

What about fun cars?

The list of best-selling models for men also includes a few fun cars. The brand that is unanimous, all age categories combined, is Alpine! Relaunched in 2017, it seduces with its unique coupé with a more attractive price-performance-look ratio than a Porsche Cayman! Since the beginning of the year, 376 copies of the A110 have been sold: 69% have joined the garage of a man over 50, and 24% that of a gentleman driver aged 36 to 50.

Porsche is the second “pleasure brand” for these gentlemen. Their favorite model? The 911… except among 20-35 year olds! Since the start of 2022, more people in this age group have bought a Cayenne than a coupe. Finally, Ferrari is on the third step of the podium for fun cars to drive with 55 units sold since the start of the year, including 17 units for the 36-50 age group and one unit for the lower age group. This lucky owner has thus offered himself a Roma!

12 Bad Habits That Are Damaging Your Teeth