“The Crown”: what was Princess Diana’s bulimia?

Season 4 of the series “The Crown”, which has not ceased to make headlines since its recent broadcast on Netflix, depicts the serious eating disorder from which the Princess of Wales suffered. 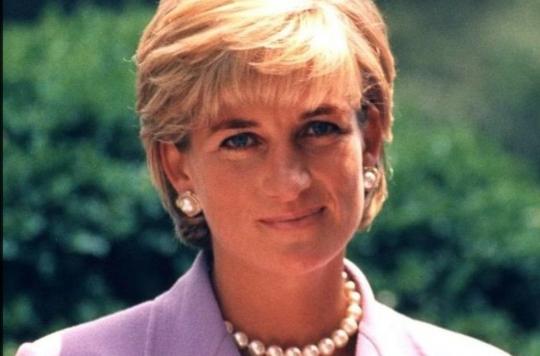 Crudely staged in the fourth season of the Netflix series “The Crown”, bulimia is an eating disorder that affects about 2% of women in France and 4 to 8% of students, which corresponds to approximately 220,000 patients. Across the country. This mental pathology mainly affects women, who represent 83% of bulimics, but also more and more men (17% of French people).

How do you know if you have bulimia?

The doctor will have difficulty making this diagnosis, because the clinical signs are rarer and less spectacular than in anorexia. Here, daily food intake is normal and there is no real weight gain or nutritional deficiency. It will therefore be necessary to highlight the following two characteristic elements: bulimic crises and low self-esteem.

During the crisis, the patient will feel psychological tension accompanied by a feeling of loss of control over his eating behavior. In secret, he will then absorb a large quantity of food in a frantic and uncontrollable way in a very short time, until saturation and digestive discomfort. At the same time, a feeling of shame and guilt will appear and may be accompanied by self-harm.

Finally, each crisis will be followed by a compensatory ritual, either induced vomiting and taking laxatives, or intensive physical exercise. It should be noted that bulimia attacks can frequently accompany anorexia nervosa.

Is there a treatment for bulimia?

There are no medications for eating disorders per se. Moreover, it is possible to cure without any stamp. The therapies given will be symptomatic, that is to say that we will not act on the cause of the disease but on the symptoms it generates. Thus, to fight against anxiety and depression, we can give anxiolytics and antidepressants under certain conditions.

But beware, the prescription of psychotropic drugs will not be systematic in young people. In some cases, vitamin supplementation and food supplements will be advised to promote weight gain and bone remineralization. Finally, in girls, hormonal treatments, such as the pill, should be handled with extreme caution, especially during puberty.

Which doctors and which structures treat bulimia?

The management of a patient with eating disorders must be done on a case-by-case basis. The first criterion to take into account is the age of the patient, because a child and an adult will not be treated in the same way. The general practitioner will nevertheless remain, in most cases, the first link in the chain. In the front line, it is he who will have to think about the diagnosis. Then he will decide if he is able to coordinate the care or if he prefers to hand over to a psychiatrist. For a child, it is preferable to go to a pediatrician or a child psychiatrist who is an expert in this field, whereas for an adult.

The second criterion to take into account is the advanced stage of the disease at the time of diagnosis. If the vital prognosis is at stake, hospitalization in a specialized unit will be essential, for example in the event of extreme malnutrition or a serious risk of suicide. If the diagnosis is made early, outpatient treatment is preferred.

Can bulimia be cured permanently?

Yes, anorexia, just like bulimia, if taken care of quickly and under the right medical conditions, can be cured. It is estimated that a third of patients recover with treatment. Two-thirds of the remaining people have a much less favorable vital prognosis. In the case of Diana Spencer, known as Lady Di, her fatal accident in September 1997 in Paris brought her existence to a different conclusion…

Netflix in heavy weather, lays off hundreds of employees

Netflix makes a mistake with Breaking Bad, have you noticed?

Do you really dare to play Squid Game for $4.56 million?

SkyShowtime, is there room for another streaming service?