Technical control. Fairly stable prices, except for the counter-visit 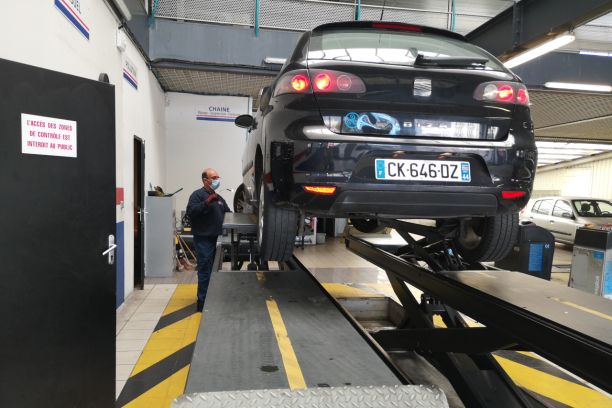 In 2022, according to the traditional study by the Simplauto price comparator, technical control prices have remained relatively stable with an average of €78.52.

While the prices of new cars or fuel are exploding, those of technical control will remain almost stable in 2022 according to a study by the comparator Simplauto. But beware of the counter-visit: the days when it was almost always free are long gone.

In these times of inflation, there is an item of expenditure that does not increase too exaggeratedly: technical control. According to the latest study by the Simplauto comparator, the average price of this examination in France is now €78.52. This is barely €1 more than in 2019. We are far from the jump of more than 12% observed after the major reform carried out in May 2018. At the same time, for the first time, the rates for the counter-visit have also been analyzed. And they reserve some unpleasant surprises. “The free follow-up visit no longer exists ! » warns Mickaël Barbosa, the founder of Simplauto. Only 2.01% of the 5,625 centers studied still give away this second passage, which concerns just under 20% of vehicles. In the majority of cases, it will therefore be necessary to plan for a median price of between €15, if there is a simple visual check to be carried out, such as for a broken mirror, and €30 if one or more machines have to be used, such as to check the lighting or pollution.

TO READ. Technical inspection 2021: reduction in failures and counter-visits

Nearly €100 on average in Haute-Savoie

The main examination is subject to strong variations between the departments. More than €30 separates the cheapest of them, Loiret, where it will cost you only €67.14 on average, and the most expensive, Haute-Savoie, which borders on the €100 mark. A salty bill which is partly explained by the high prices of real estate and the supposed “competition” of Switzerland, used to offering more comfortable salaries than France. €90 is also reached or exceeded in Corse-du-Sud and Mayotte. Also plan a bill of more than 90 € if you drive on LPG. With its two tanks and its mandatory safety valve, this fuel requires additional checks, which generates an additional cost. Same topo for the hybrid and the electric, but the average is then closer to 85 €. Please note, however, that these are only public prices. In this highly competitive sector, promotions regularly save money. the Simplauto comparator prides itself on offering an average closer to €57 with its online appointment booking service.

Average prices by category, by energy and by department

The most expensive departments

The prices and equipment of the Dacia Jogger range (2022)

Technical control. The 30 most checked models in 2021

To discover: your boxes and beauty kits at low prices on the Top Santé store

WhatsApp: this is how you control what your contacts can see