South America: 6 out of 10 inhabitants affected by overweight

58% of South Americans are overweight. The increase is particularly marked in Central America, where the share has almost doubled. 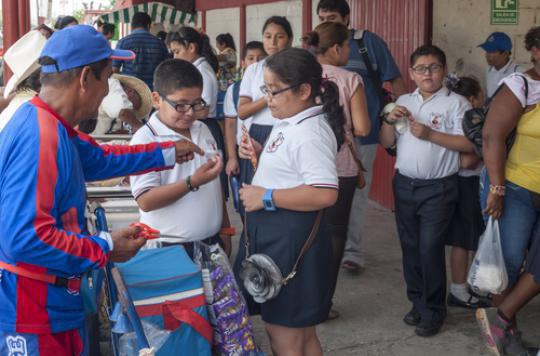 Undernutrition is declining in Latin America and the Caribbean. 5% of the continent’s population is undernourished. This development should not hide the worrying trend that is beginning at the same time. Overweight and obesity are on the rise. They are reaching a worrying level, point out the Food and Agriculture Organization of the United Nations (FAO) and the Pan American Health Organization (PAHO) in a common report.

The South American continent weighs more and more heavily. 360 million of its inhabitants are overweight, i.e. their BMI exceeds 25 kg/m2. This represents nearly 60% of the population. Three countries stand out for the extremely high share of overweight: the Bahamas (69%), Mexico (64%) and Chile (63%). Conversely, three States represent the exception with less than half of the citizens being overweight. These are Haiti (38.5%), Paraguay (48.5%) and Nicaragua (49%).

Children are not spared since 4 million of them are overweight before the age of 5 – ie 7% of the population of this age. A real boom is occurring within Mesoamerica. This cultural area stretches from northern Mexico to Costa Rica. In the Caribbean, the share of chubby children has almost doubled since the 1990s.

Obesity, which is defined by a BMI greater than 30, is also progressing at a steady pace. 23% of the South American population is affected. The risk is even higher for women. The hardest hit countries are Barbados, Trinidad and Tobago and Antigua and Barbuda, where rates are approaching those of the United States. Indeed, more than two thirds of the North American population are obese.

Paradoxically, the economic development of the South American continent is responsible for this phenomenon of encapsulation of the population. The majority of the population adopts the Western way of life, with its well-known consequences. Urbanization, increase in average income, integration into the international market have encouraged the use of excessively industrialized foods and sugary drinks. Traditional recipes are losing ground. It is therefore not surprising that, like the United States and Western Europe, the population accumulates superfluous kilos.

Once the observation has been made, solutions must be sketched out. “The alarming rates of overweight and obesity in Latin America and the Caribbean should act as a wake-up call for governments in the region,” said FAO regional representative Eve Crowley. A two-pronged strategy must be put in place, according to her: putting an end to undernutrition and improving the quality of food.

This second component requires the establishment of a sustainable system. Fresh, healthy, nutritious but also sustainably sourced food is key to better nutrition, according to PAHO Director Carissa Etienne. Improving the food basket will also pass “through the resolution of the social factors that influence malnutrition”, she says. Namely access to water, sanitation or health services.

In this regard, the initiatives of several countries should serve as a model: the tax on sugary drinks – in Mexico, Barbados or Dominica – or the legal regulation of advertising and labeling – in Bolivia, Chile and in Ecuador.

Why good sleep is important when dieting