An Ifop study reveals that the French underestimate the consequences of asthma, especially when it is a severe form. 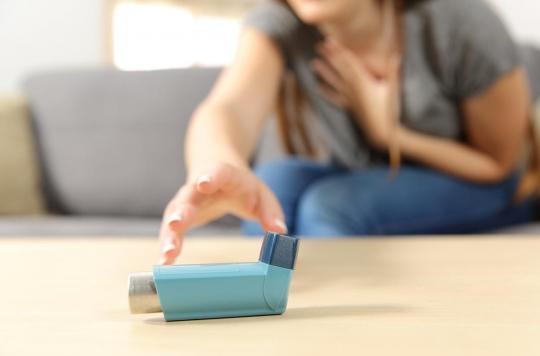 Asthma is a chronic disease of the respiratory tract which affects more than 4 million people in France and which causes approximately 60,000 hospitalizations each year. An Ifop survey for Sanofi reveals that “asthma, despite a certain familiarity with the French, suffers from a clear underestimation of its real consequences in the most serious forms”. Indeed, while almost all French people (93%) are familiar with this disease, half of them consider it to be commonplace and having little impact on the lives of those who suffer from it.

The burden of severe asthmatics

However, there are different forms of asthma: intermittent asthma (which does not show any symptoms and few attacks) and persistent asthma, of which three subtypes are defined (mild, moderate and severe). In the case of persistent asthma, a background treatment is started depending on the intensity and frequency of symptoms. Severe persistent asthma is the most serious form and is characterized by almost constant symptoms, with nocturnal awakenings, reduced respiratory capacity and an inability to perform certain tasks (especially physical ones).

According to the survey, 82% of severe asthmatics report having difficulty breathing, 70% suffer from nocturnal awakenings, 90% have already been hampered in their physical activity and 59% claim to avoid situations requiring threefold physical effort.

Severe asthma significantly affects quality of life and can lead to social isolation. “This is concretely illustrated by the impossibility of going for a walk in certain weather conditions (51%) or of visiting places where certain animals are present (45%)”. More than a third of severe asthmatics (40%) avoid situations where they would be likely to laugh, (38%) avoid evenings with friends, certain professional activities (37%) or even having sex. sex (35%).

A situation of isolation which favors the depressive state of these patients: thus, “about nine out of ten severe asthmatics believe that their asthma played a determining role during their last period of stress (95%) or depression (86%)”. Severe asthma often interferes in the patient’s family, sentimental and professional life, who must make life choices based on their respiratory capacity and their symptoms.

“Whether physically or psychologically, severe asthma is a very disturbing and disabling disease for patients, especially during adolescence”, comments Professor Alain Didier, pulmonologist at the Toulouse University Hospital. Worse, 73% of severe asthmatics think they are well controlled when in reality only 15% are. “Good compliance with the treatment is essential to limit its effects on a daily basis. However, many adolescents, because of a misunderstanding of the disease, or a rejection of the constraints linked to the treatment, unfortunately find themselves at odds with this good observance..”

Asthma: why do some patients respond poorly to treatment?