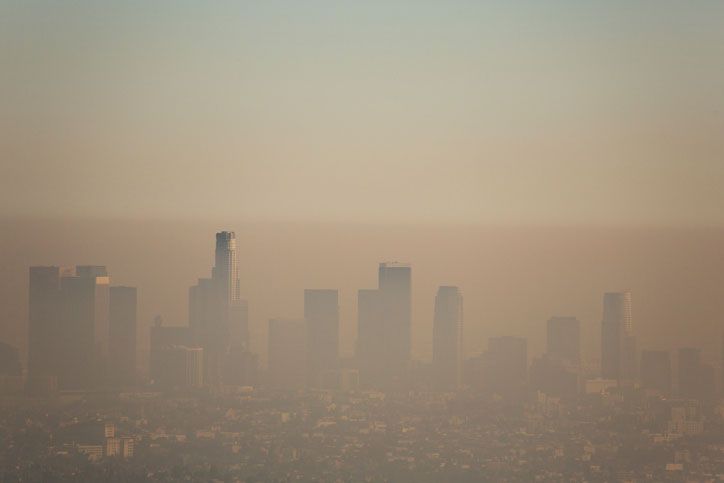 The atmospheric pollution favors sleeping troubles, according to the results of a study published in the medical journal American Thoracic Society.

Researchers at the University of Washington in the United States analyzed medical data from 1,863 participants of the Multiethnic Atherosclerosis Study (MESA) on sleep and air pollution. Researchers looked at two of the most common air pollutants: NO2 (a traffic-related gas pollutant) and PM2.5, or fine particle pollution.

“Previous studies have shown that air pollution affects heart health, breathing and lung function, but less is known whether air pollution affects sleep,” said lead author Martha E. Billings, professor. medical assistant at the University of Washington. “We thought an effect was likely given that air pollution causes irritation, swelling and congestion of the upper airways and can also affect the central nervous system and areas of the brain that control respiratory patterns and the sleep”.

Through the use of air pollution collected from hundreds of MESA Air and Environmental Protection Agency monitoring sites in six U.S. cities, along with local environmental features and sophisticated statistical tools, the research team was able to estimate air pollution exposures in each participant’s home at two times of the year and over a five-year follow-up.

Wrist actigraphy, which measures small movements, provided detailed estimates of sleep patterns. This tool was used to calculate “sleep efficiency”, a measure of the percentage of time in bed asleep compared to awake.

“These new results indicate the possibility that commonly achieved air pollution levels are not only affecting heart disease and pulmonary, but also the sleep quality. Improving air quality can be one way to improve sleep health and possibly reduce health disparities, ”concluded Dr. Billings.

Pollution: even low, it increases the risk of lung cancer

Do you feel tired when you wake up (even after a good night’s sleep)? Here are 3 reasons according to a specialist

Sleep: short nights double the risk of a driving accident

Pollution peaks: the benefits of alternating circulation on our health

Lacq basin: is the risk of excess mortality proven?