Sleep: better to keep it short than chopped

An American study shows that sleep interrupted several times during the night is more harmful to health than a night that is too short. 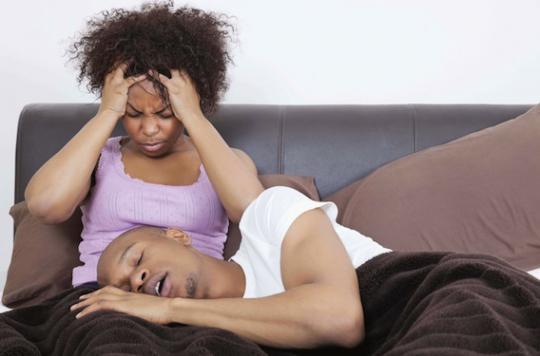 Young parents and caregivers on call may already know it: sleep interruptions ruin mood, and depression sometimes awaits them around the corner. Researchers at Johns Hopkins Hospital in Baltimore have just confirmed this feeling, observing a significant drop in mood when sleep is choppy. A situation that would be more detrimental to health than too short nights.

On three consecutive nights, a group of 21 subjects underwent eight forced awakenings. Their mood was compared to that of two control groups: one whose sleep was delayed but not disturbed, and the other who received a normal night’s sleep. Through questionnaires that the subjects filled out themselves, the team of Patrick Finan, assistant professor of psychiatry and behavioral sciences at Hopkins hospital, was able to assess the evolution of their mood.

From the second night, the results were significant. If the levels of negative moods – anger, sadness – have not been increased by successive awakenings, positive thoughts have clearly lost ground. For the group whose sleep was delayed, the disruption also resulted in a decline in mental fitness, but much less pronounced.

“The interruptions during the night prevent the progression in the stages which lead to deep sleep, which is precisely the key to the feeling of rest,” explains Patrick Finan. “Many people with insomnia get choppy sleep, so they don’t get real restful sleep. “

Towards better management of insomnia

The study was carried out on healthy subjects, but according to the researchers, these results could also be valid for people with sleep disorders. These individuals, who represent 10% of the population in the United States, undergo this experience chronically, and the real stake lies in understanding the biological phenomena surrounding the functioning of depression linked to insomnia, which remains nebulous.

The interruptions would therefore be the reason for the depression associated with the nocturnal constraints of certain professions, and not necessarily the lack of sleep per se. The study also revealed an important cumulative factor. The real effects appeared after the second night, and lasted a few days after the end of the experiments, despite the return to full nights.

Child health: pay attention to the duration of sleep

Traumatic experiences: sleep can be restorative