CPAP machines are often unsightly. To change this image, a company called on the famous designer. 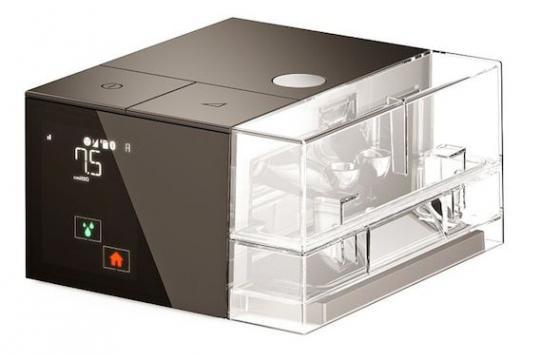 Design is entering the medical world. Continuous positive airway pressure (CPAP) devices, used for the treatment of sleep apnea, are noisy and unsightly machines placed next to the bed. Their characteristics would lead patients to gradually abandon the device. To encourage them to persist, the company Sefam, one of the main manufacturers of these devices in Europe, called on the famous designer Philippe Stark to give them a makeover.

“The majority of patients have a negative image of it: they find it ugly and ashamed of it”, deplores Dr Marc Sapène, head of the PEAS (Pôle d’Exploration des Apnées du Sommeil) in Bordeaux, who deplores that their appearance limits their use.

On January 27, the company presented its prototype, which it called “Sleepbox”. It is a small box about twenty centimeters wide, far from the vacuum-looking machines on the market. It is black and lacquered, as is the fashion in the world of hi-fi and television devices. That was the intention: the Sleepbox was to look more like an internet box or a bluetooth speaker than a medical device. “We have moved away from the white color, which recalls the medical world,” explained the designer, specifying that a golden model will also be available.

On the other hand, for the air supply, nothing to do: wireless is not possible. “We have however shortened the pipe, made more discreet thanks to the black color and a connection on the back of the device,” he added.

To add to its attractiveness for the most connected, the Sleepbox has bluetooth and wifi connectivity. It will be possible, if the patient wishes, to follow his nighttime activity via a smartphone application. He will be able to receive information about his illness and treatment directly on his phone, and spot any leaks in the mask, for example.

This connectivity will also allow contact with the doctor and the manufacturer, in order to provide “a follow-up of the pathology and of the device”, explained Pierrick Haan, founding president of Sefam. An application will also be available to them. Health professionals could thus intervene, if necessary. “In the event of a technical malfunction, it is also possible for the service provider to intervene remotely,” thanks to the link with the manufacturer, added Mr. Haan.

The manufacturer has assured that the Sleepbox, despite its aesthetic advantage, will not be more expensive than its competitors. “It will not be more costly for the patient – who benefits from a reimbursement package – nor for Social Security than the current devices. In addition, it is entirely made in France, ”added the president of Sefam.

Snoring disturbs 5 to 10% of French people at night, and for some of them, sleep apnea is added to it. To manage it, the CPAP machine is the solution of choice for patients and doctors.

Hospital: medical complaints on the rise

Chronic lack of sleep: “I had three serious depressions”

Drowsiness at the wheel: be careful, motorists do not get enough sleep

Sleep apnea, noises and erectile dysfunction disrupt the life of a couple

How to diagnose possible sleep apnea by looking in the mirror?

Sleep Apnea: Correct Your Jaw Or Use A Positive Pressure Device, But Take Action!

Hiccups, snoring, lupus … The most frequently asked “health questions” of Google in the United States