Faced with supply difficulties caused by the war in Ukraine, the government authorized food manufacturers to replace sunflower oil in their recipes with rapeseed or palm oil without modifying the packaging. But which oils are considered health allies? We take stock. 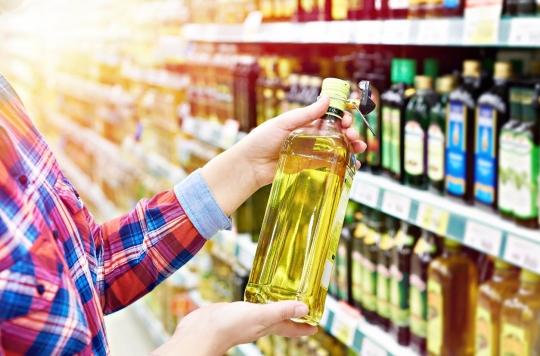 For several weeks, the oil shelves of many supermarkets in France have been empty. The reason for this shortage? The supply of sunflower oil is difficult because of the war in Ukraine. To overcome this problem, the French State accepted, on April 26, that food manufacturers replace sunflower oil with rapeseed oil, but also coconut, palm, peanut or even of soy. Manufacturers of margarine, crisps, sauces, biscuits or dishes in sauce will be able to modify their recipes without changing their packaging to indicate it.

This measure will be valid for six months. Beyond this period, manufacturers who continue to modify the composition of their products will have to change their packaging. But in two months, it will have to be stipulated on the labels of the products that a change has been made without the latter being detailed. If manufacturers add allergenic substances to recipes or if food labels include misleading information, manufacturers will be forced to immediately indicate the change in recipe.

What oils can be used instead of sunflower oil to maintain good health?

The most common oil is olive oil. The latter is not harmful to the body but it is not the best oil. To preserve your health, it is possible to turn to linseed, hazelnut, soybean or rapeseed oil, because the latter are rich in omega 3, namely fatty acids necessary for the development and proper functioning of the organism. You can also use rapeseed oil, which is particularly balanced in omega-3 and omega-9.

Pregnant, breastfeeding women and those approaching menopause are advised to bet on oils containing gamma-linolenic acid. This acid is important for providing suppleness to the skin and for the construction of the brain and nervous tissues of the child.

Comfort food: the best dishes (sweet and savory) to treat yourself

Food: we have more fun on the weekends

Food supplements: a biological analysis to better target your needs

Food supplements are not safe

Anti-aging: you can also count on food supplements