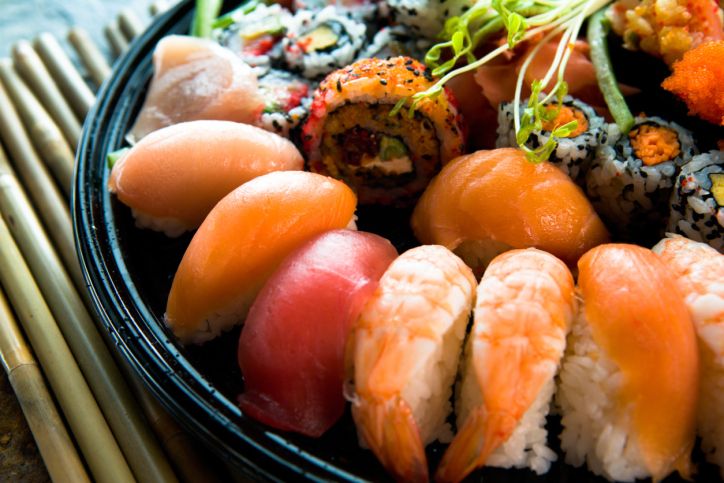 The sushi are your new fad? So beware of anisakidosis. This disease is caused by eating raw or undercooked fish containing larvae of a parasitic worm called Anisakis. There is no risk in humans that this larva does not become an adult, but it can attach itself to the digestive tract and cause symptoms such as stomach pain, ulcers, benign bowel tumors, or allergic reactions (hives, asthma, bowel edema). This pathology seems to be on the increase in France since the democratization of raw fish recipes (sushi, carpaccio …).

The Institute for Public Health Surveillance (InVS) looked into the issue and conducted an investigation from 2010 to 2014 by listing cases of anisakidosis recorded by parasitology laboratories. The results are presented in the Weekly epidemiological bulletin (BEH) of the InVS of February 16, 2016. The institute explains that it has identified a total of 4 to 14 cases per year, over the five-year period studied, classified into three categories: certain cases with evidence of the larvae. , possible cases and cases of allergic anisakidosis. At the origin of these problems: mackerel, hake, herring, hake, salmon and tuna. Notable fact: 62% of cases involved women. “This female predominance is not known. […] Are women more fond of raw fish than men? Are they more involved in the domestic preparation of dishes based on raw fish? A 2006 Japanese study found that women consumed much more sushi than men“suggests the InVS to explain this figure.

Prefer farmed rather than wild fish and freeze the fishbefore consuming it raw are tips that limit the risk of the parasite being present. Thereby, “seven days in a home freezer can be considered enough to kill Anisakis larvae“reveals the InVS. In the event of abdominal pain or allergic symptoms after a meal based on raw fish, do not hesitate to consult a doctor. Treatments against anisakidosis exist: they consist in removing the larva by fibroscopyor by course of albendazole, an antiparasitic drug. In case of allergy, antihistamines and local corticosteroids will calm the reaction.

Sushi, tartare, smoked salmon … From what age should I give it to my child?

Nutrition: how many times a week is fish?

Unusual: sushi, as high in calories as Mc Do

Quiz: Do You Know About Parasites and Worms?

Fish pedicure: what we reproach him