Prices and equipment of the Dacia Sandero and Sandero Stepway 2022 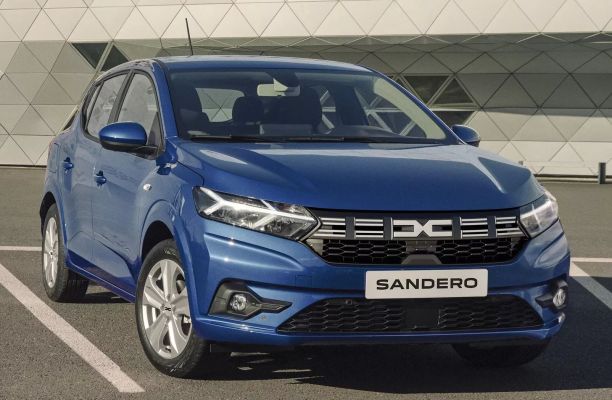 The introduction of Dacia’s new visual identity in the Sandero and Sandero Stepway ranges is accompanied by a redesign of these. The finishes change names, new options appear, and the range of engines evolves with the 1.0 TCe 110 on the Stepway.

It is done ! Since June 16, 2022, vehicles in the Dacia range have adopted the brand’s new visual identity, presented more than a year ago. First introduced in the brand’s communication media, it is gradually being rolled out in its points of sale. This evolution is reflected on the cars by a slight restyling, but also by an overhaul of the ranges with new options and renowned finishes. This is particularly the case for the Sandero and Sandero Stepway. It is possible to discover the novelties in detail via the Dacia AR augmented reality mobile application.

In terms of looks, the “new” Sandero can therefore be recognized by the Dacia Link emblem enthroned in the center of its grille and rims. The brand name appears in full in a new spelling in the middle of the tailgate and the steering wheel. The model designation, also in a revised font, now appears flat in dark gray on the lower left side of the boot. The chrome also disappears from the grille, replaced by white inserts. Inside, there are now gray air vents with a white slider, as well as fabric upholstery on the dashboard and door armrests. The graphic presentation of the screens has also evolved.

The Eco-G 100 dual-fuel petrol-LPG engine temporarily disappears from the catalog Sandero and Sandero Stepway. These models were the only ones that could still be equipped with it, while a supply problem with the supplier Landi had prompted Dacia (like Renault) to remove this mechanism from its other ranges a few weeks ago. On the other hand, we note the arrival of the TCe 110 block in the Sandero Stepway offer. This engine is mated exclusively to a six-speed manual gearbox.

New options for the Sandero

The access finish to the Sandero goes to English since its name is no longer Essential but Essential. It is now available from €10,990, which represents an increase of €200, and can now be associated with the TCe 90 engine as an alternative to the small SCe 65 in order to compensate for the disappearance of the Eco-G 100. manual remains optional, at 900 €. Apart from the cosmetic changes listed above, its endowment does not change and still includes in particular:

The second level of the range, hitherto called Comfort, takes the name Expression and sees its price increase by 310 €. Its equipment does not change either, but its optional navigation system, billed at €400, now includes map updates at no additional cost for 3 years, compared to 3 months previously. In this setup, the Stepway model can receive an electric sunroof for the first time (not panoramic). This is a €500 option. As standard, this finish includes, among other things:

New top of the range for the Sandero Stepway

A third finish has been added to the range of the Dacia Sandero Stepway to top it off. It is called Expression+ and is exclusively offered as part of the Up & Go offer, which combines more equipment and faster delivery than for the other versions. In return, the customer only has the choice of the exterior color, including the new Khaki Lichen tone. Standard equipped with the TCe 110 engine, this finish costs €18,350 and includes:

Dacia 1.0 Eco-G. Return of LPG on the Sandero, Jogger and Duster

To discover: your boxes and beauty kits at low prices on the Top Santé store

Dacia Spring. The 2022 prices and range in detail

How to eat healthy when prices are exploding?