Children exposed to antidepressants during the first trimester of pregnancy have a higher risk of developing serious heart defects. 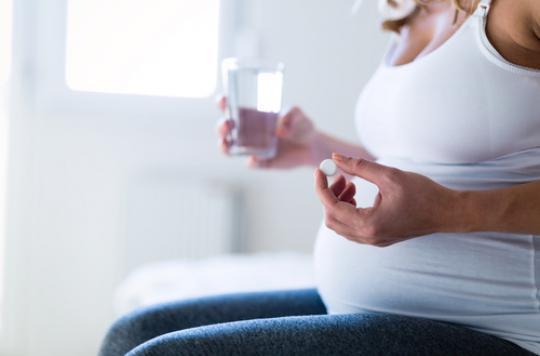 Pregnant women exposed to antidepressants, especially during the first trimester of pregnancy, have a greater risk of giving birth to children with serious congenital malformations or stillbirths than other women. This conclusion of a study published in Plos One confirms again the dangerousness of these drugs for unborn children.

In fact, the scientific literature has been suggesting for several years that serotonin reuptake inhibitors (SSRIs) and norepinephrine reuptake inhibitors (ISRN), two classes of antidepressants, promote the development of neurodevelopmental disorders in exposed children (autism, motor and behavioral) or serious heart defects. Risks significant enough for the National Medicines Safety Agency (ANSM) to alert doctors last May and launch a study to determine the number of pregnant women affected by these prescriptions.

A study all the more necessary in view of these new results obtained by researchers at the University of Swansea (United Kingdom). To reach their conclusions, they studied the health data of more than 500,000 women who gave birth in Wales, Denmark and Norway between 2000 and 2010. Of these participants, almost 13,000 were treated with SSRIs during the first trimester of their pregnancy and nearly 14,000 children developed birth defects.

The researchers’ analysis thus reveals that the prevalence of congenital anomalies is higher in children exposed to SSRIs during the first three months of pregnancy than those not exposed to these molecules (3% versus 2.6%). Scientists point out that the increased risk is moderate but significant. They show that out of 200 pregnancies, 6 are affected by malformations when antidepressants are not used and 7 if they are prescribed.

Therefore, they call on doctors to review the prescription of these drugs in women suffering from depression. They explain that, in the case of mild or moderate depression, these treatments could be replaced by psychotherapy. This prescription must also be reassessed in women who plan to become pregnant, as well as in those who have excessive alcohol consumption.

“Women should not stop their treatment without consulting their doctor, and we are not saying that all treatments should be interrupted, underlines Professor Sue Jordan, responsible for the work. But our message to healthcare professionals is to be aware of the risks of these drugs and to ensure that women receive appropriate care before, during and after pregnancy to minimize the risk of birth defects and fetal death associated with SSRIs”.

Mediterranean diet: one of the keys to treating depression?

A simple blood test would identify a risk of suicide

Why do women neglect the management of depression?

When physical manifestations of sadness ward off depression

How violence between parents affects the mental health of children