Pneumonia: MSF’s global petition to reduce the price of the vaccine

After the failure of negotiations to lower the price of the pneumonia vaccine, MSF is launching a petition. For Pfizer and GSK, the laboratories that manufacture it. 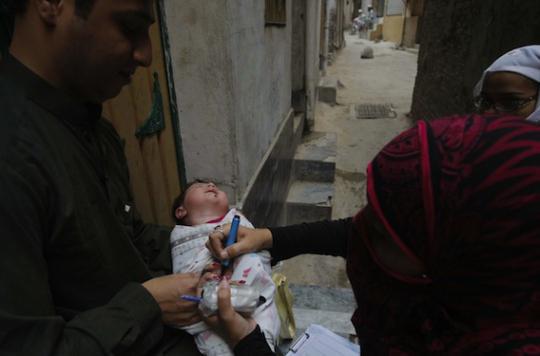 Each year, one million children die ofa pneumonia. It is even the main infectious cause of child mortality in the world. This pathology is defined as an acute respiratory infection affecting the lungs.
To treat it, two conjugate pneumococcal vaccines (PVC) are produced by Pfizer and GlaxoSmithKline (GSK) laboratories. They act against 13 and 10 pneumococcal serotypes respectively. Unfortunately, these products do not benefit all patients.

In a press conference organized on Thursday, Médecins Sans Frontières (MSF) recalled that only half of the countries in the world have introduced pneumonia vaccines produced by the two manufacturers. In question, their “too expensive” price which would be one of the main barriers to its introduction in several poor countries. The association cites Indonesia, Iraq, Jordan, Lebanon, Romania, Syria and Thailand.

To understand this injustice, MSF explains that, “despite the access mechanisms put in place (subsidized prices)”, the vaccine still amounts to $ 21 per child (or $ 7 per dose) at the lowest price, reserved to the poorest countries. A windfall for Pfizer and GSK who have touched more than 25 billion dollars around the world since their arrival on the marketing of the vaccine. This is three times the budget of the Vaccine Alliance (GAVI) which provides ten vaccines to nearly 60 poor countries for 20 years.

Worse still, some so-called “middle-income” countries pay more for this vaccine than rich countries. This is the case of Morocco for example, where its price is higher than in France.

A petition for a $ 5 vaccine

So, after years of fruitless negotiations with these laboratories, MSF decided to move up a gear. On November 12, the association will launch an international petition addressed to the CEOs of Pfizer, Ian Reed, and GSK, Andrew Witty, to ask them to reduce the price of the vaccine to 5 dollars per child (1.50 euros per child). dose, i.e. 4.50 euros for the three doses needed to immunize a child) in developing countries and for humanitarian actors.

MSF plans to hand over the signatures they collected to Pfizer and GSK during World Immunization Week in April 2016.

An Indian laboratory to the rescue of poor countries?
The vaccine maker “Serum Institute of India” is developing a vaccine against pneumonia, which it promises to sell for $ 6 per child (for three doses). But this vaccine will not be available until 2019, in the best case. By then, hundreds of thousands of children could die because they have not been vaccinated against pneumonia. “A more affordable vaccine could help reduce the number of deaths now,” MSF concludes.

Flu: why nursing homes are vulnerable

Statement: ‘Pay people for getting a corona vaccine.’

Dengue: the first steps of the vaccine

In Italy, the measles vaccine is now compulsory at school