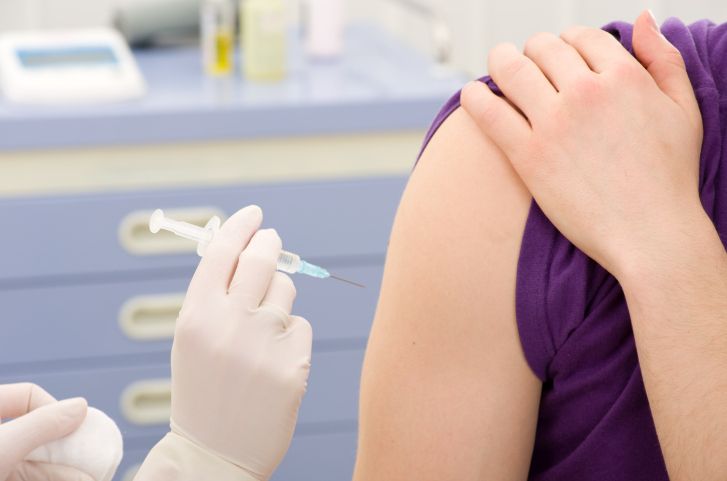 The members of the E3M association have already won their first victory since their petition available on the “change.org” platform has already collected 40,700 signatures. The text has already been submitted to the Ministry of Health. It calls for the end of vaccines without aluminum “to protect children” from the dangers of aluminum, accused by the association of being responsible for macrophagic myofasciitis.

This rare disease was identified at the end of the 1990s by Pr Romain Gherardi, a specialist in neuromuscular diseases at the Henri Mondor hospital in Créteil. Myofasciitis is associated with symptoms like muscle and joint pain, severe muscle weakness and chronic fatigue.

For the E3M association, it is aluminium, which has been used since 1927 as an adjuvant in vaccines, which promotes this disease. The patients had already demonstrated last year for its withdrawal by organizing a hunger strike. Their movement had ceased after the promise of the Ministry of Health to finance studies on the possible toxicity of aluminum.

Today activists are calling for aluminum-free vaccines for children, including a DTPolio (diphtheria-tetanus-poliomyelitis) vaccine, which is compulsory for children entering nursery or school.

Already in 2010, aluminum salts have been singled outby an unpublished study that linked it to “systemic and neurological disorders” such as Alzheimer’s disease. Suspicions that the Academy of Medicine had swept away, in the absence of scientific evidence.

More broadly, it is recognized that a overexposure to aluminum poses risks for the nervous system. In deodorants, the health authorities have set the rate of aluminum salts at 0.6% not to be exceeded.

World Women’s Day, the opioid crisis and the vaccination of a teenager Opioids: new American directives penalize patients who have no other alternative United States: a teenager becomes a star after being shot vaccinate without her mother’s consent

Depressed people would be more susceptible to false information about vaccines

Omicron: are vaccines effective or not against this variant?

Covid-19: mRNA vaccines have no effect on sperm quality and quantity… on the contrary

mRNA vaccines: the risks of myocarditis and pericarditis are confirmed

What is Guillain-Barré syndrome, a rare disease associated with the Johnson & Johnson vaccine?

South African and Brazilian variants: ‘No significant decrease in efficacy of mRNA vaccines’