Seniors who have a positive view of aging tend to have more satisfying sex lives than others, according to a new study. 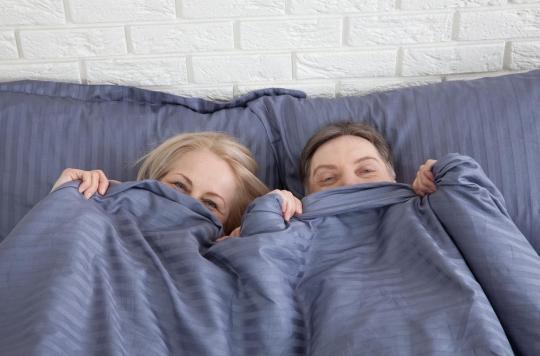 “Having a negative perception of aging can be detrimental: it is associated with an increased risk of cognitive decline, cardiovascular disease and premature death. Conversely, seeing aging in a positive way can be beneficial. We wanted to see how this would affect people’s sexual relationships.” It is to get to the bottom of it that a team of researchers from the University of Missouri (United States) recently conducted a study on seniors, published in the journal The Gerontologist.

More than 1,100 couples questioned about their sex life

As part of their work, the scientists used data from some 1,100 couples over the age of 50, married or cohabiting, questioned about their relationship to sexuality. Volunteers were asked to complete a questionnaire and indicate whether they strongly agree, agree, disagree or strongly disagree with statements such as “with age comes physical decline”. The higher the score, the more the person had a positive view of aging.

Their results were then compared to their answers concerning the frequency and satisfaction of their sexual relations within their couple. Not surprisingly, researchers found that the men and women who felt the most comfortable with aging also had the most fulfilling, satisfying sex lives. “the healthiest”. And conversely for those who view age with a dim view.

“A richer sex life, even when their body changes”

How to explain it? “People who see sudden physical decline as an inevitable consequence of aging may experience anticipatory inhibitions. They would have more frustrating sex because they stop enjoying the moment”says Hanamori Skoblow, lead author of the study, in a communicated. Another hypothesis: “Western cultures first put forward youth as the ideal of beauty. Perhaps people who are not afraid of aging adhere less to this thought than others, and therefore have a richer sex life, even when their body starts to change.”

The researcher hopes that this study will help doctors who work with seniors. These latter “are often reluctant to discuss sexual issues with older patients, reinforces beliefs that sexual activity is reserved for young adults”. By promoting a positive perception of aging instead, they could change the (sex) life of many elderly patients.

Having weak muscles is as bad for your health as smoking

Child victims of abuse and violence would age faster

How the Smell of Food Can Enable ‘Time Travel’

Sexuality: many seniors still have a fulfilling intimate life after 60

Vaginismus: “It is possible to cure it thanks to multidisciplinary care”

Géto Suprême: a serum to fight against the signs of aging