Parkinson’s disease is a chronic neurodegenerative pathology: it is characterized by the progressive disappearance of certain neurons in the brain. What symptoms should alert us to? Answers with Pr Marc Verny, neurologist and geriatrician at Pitié-Salpétrière. 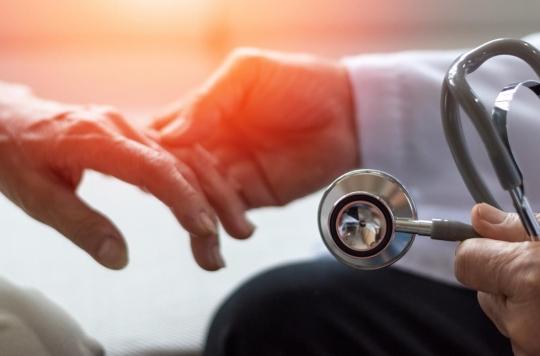 Parkinson’s disease is the second neurodegenerative pathology after Alzheimer’s, says Inserm. It affects around 200,000 people in France, with 25,000 new cases diagnosed per year according to the Ministry of Health. It is a pathology that evolves slowly and insidiously. It is due to the gradual disappearance of certain neurons in the brain that produce dopamine. This leads to a drop in this substance essential for the transmission of information between neurons allowing the control of movements.

Parkinson’s: the 3 characteristic motor symptoms of the disease

People with Parkinson’s have “motor slowing or fatigue that lasts“, says Professor Marc Verny in an interview with Why Doctor. This slowing of movements, which can sometimes be accompanied by difficulty in starting or stopping them, is called akinesia. Doctors also speak of hypertension which results in rigidity of the limbs. Finally, patients also report uncontrolled tremors at rest.

Another point to note, these symptoms occur mainly on one side of the body, we then speak of “asymmetrical manifestations”.

About a quarter of patients suffer from depression from the onset of the disease, a warning sign. Doctors then speak of “inaugural depression” because at this stage, those affected do not yet know that they are. Then comes the “secondary depression”.

A loss of smell, difficulty concentrating or muscle pain are all signs of the pathology. “On average, it is estimated that each patient presents around fifteen symptoms of all types combined.”, indicates the foundation for medical research.

How is the disease diagnosed?

“It is a pathology that is linked to age, that is to say that the older you get, the more you are at risk of developing Parkinson’s disease.”, underlines the neurologist. If the diagnosis is essentially clinical with the presence or absence of motor symptoms, it must be done, especially in elderly patients, “brain imaging, because it is important to see if the patient has microvascular lesions.“This allows the doctor to exclude any other pathology that could be the cause of the symptoms.

Diabetes: what signs in children should alert?

How Breathing Shapes Our Brain