A study has estimated the number of cancers that could not be detected during the Covid-19 crisis at one million. 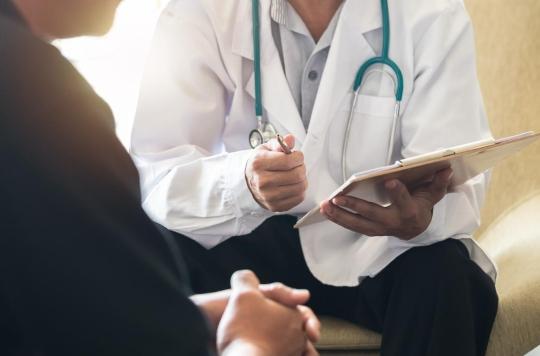 “We estimate that around one million cancer diagnoses could have been missed across Europe during the Covid-19 pandemic, believe the authors of a study published in the journal The Lancet Oncology. According to their work, 100 million screenings would not have been done during this period.

“There is emerging evidence that a higher proportion of patients are being diagnosed with advanced stages of cancers compared to pre-pandemic rates due to significant delays in cancer diagnosis and treatment“, develop the scientists. Indeed, during the health crisis, fewer patients were able to be screened and the diagnoses were therefore made later, when the disease was advanced. The scientists believe that this could therefore have a long-term impact. on population health.

Indeed, early detection is a major public health issue because it increases the chances of cure and the management of many cancers. For example, for the breast, theHealth Insurance estimates that there would be 99% five-year survival when detected at an early stage, compared to only 26% when diagnosed at a late stage.

Fewer tests due to Covid-19, Brexit and the war in Ukraine

But these delays could also impact cancer research and services. “We have seen a negative effect on cancer research, with the closure of laboratories but also the cancellation or delay of clinical trials during the first pandemic wave, said Mark Lawler, one of the study’s authors, to the Guardian. We fear that Europe is heading for a cancer epidemic in the next decade if health systems and cancer research are not urgently prioritized.“.

However, it is not just the Covid-19 crisis that explains the high number of cancers that have not been detected. “In the context of the Covid-19 pandemic, Brexit and the Russian invasion of Ukraine, it is more important than ever that Europe develops cancer research to play a role in the improving prevention, diagnosis, treatment and quality of life for current and future patients”, believe the researchers. And all the more so since Russia and Ukraine are two countries usually invested in research.

The authors therefore encourage States to invest more in cancer research, prevention and treatment. “It is estimated that 40% of cancers in Europe could be prevented if prevention strategies made better use of current knowledge of cancer risk factors“, concludes Anna Schmütz, of the International Agency for Research on Cancer.

Bronchiolitis: could “immune debt” be responsible for the epidemic?

Convulsions and epileptic seizures, new side effects of Covid-19

Liver cancer: a new blood test to detect it

No, the state does not want to vaccinate babies against the flu and Covid

Cancer: cardio can reduce the risk of metastases

Preventable cancers: the Minister of Health wants a 60% reduction by 2040

Cancer: this dietary supplement could increase your risk