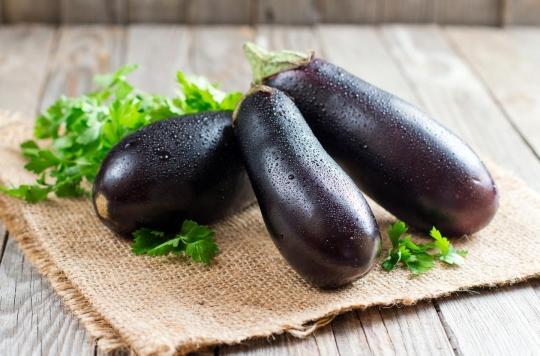 It was shared 25,000 times since April 15! A fake news about wild eggplant that would cure any type of cancer is actively circulating on Facebook in Central Africa: according to the Laplante Luxurée page it would be enough to cure breast, prostate, liver, lung cancer. stomach, even kidneys, to drink it “in the form of tea“, with hot water.

However, according to several experts contacted by AFP, there is no scientific data proving the effectiveness of this vegetable on cancer, whatever it is.

An earlier version of this rumor had already circulated in 2019 about breast cancer. Several experts contacted at the time already assured that the effectiveness of this remedy was not scientifically proven. For all cancer types mentioned in this publication, “there is no scientific evidence“about the alleged effectiveness of wild eggplant as a treatment, assured AFP on April 20 Pr. Béatrice Fervers, oncologist and director of the Environmental Cancer Prevention Department of the Léon Bérard Center, in Lyon (France) .

The five cancers cited by the publication – breast, prostate, stomach, liver, kidney – are “very different in their tissue of origin, their mode of appearance and their evolution“, she recalls: “consequently, the treatments are different, for example most breast cancers and prostate cancers are so-called hormone-dependent cancers on which the action of hormones comes into play and forms part of the treatment; this is not the case with cancer of the stomach, kidney and liver“.

Even though the relationship between diet and cancer exists since some nutritional factors reduce the risk or have a protective effect and others are deleterious, “ithere is no miracle cure for cancer“, confirms Serpos Dossou, oncologist and radiotherapist at the Cotonou Cancer Center (Benin) contacted by AFP on April 19. “Each cancer treatment is well codified, for each type of cancer there are different types of histologies [étude de la structure des tissus], and depending on the type of histology, different types of treatment“, confirms this specialist.

It is therefore impossible for a single food to cure several cancers affecting different organs, according to all the experts contacted by AFP.

Promoting such “miracle cures” may also prove dangerous to the health of patients affected by cancer, which is one of the leading causes of death worldwide – 10 million deaths in 2020, according to the World Health Organization.

In 2020, the most common cancer was breast cancer, with 2.26 million cases recorded, specifies the WHO, well before that affecting the prostate (1.41 million cases) or the stomach (1, 09 million cases).

On the subject of breast cancer, Xavier Cormoul, professor of toxicology at the University of Paris Descartes, already assured AFP in December 2019 that consuming wild eggplant as a treatment could be “dangerous, because some vegetables contain toxic compounds and are mistakenly believed to destroy tumors“.

Follow advice, such as that suggested by the publication, “is opposed to [ce] that we [découvre] early stage disease“, also alerts Serpos Dossou, of the Cotonou Cancer Center in Benin. “The disease will be at a very developed stage“, which may be “very dangerous“, continues this specialist, who is alarmed by the spread of false information about cancer.

This is also the fear of Béatrice Fervers, of the Léon Bérard center in Lyon: the promotion of a “miracle food“Risk, according to her, of encouraging some patients who have just been diagnosed or whose cancer has reappeared to turn to this dangerous advice and”worsen their situation by neglecting effective treatments“.

“At best, it may confuse patients; at worst, it can lead to loss of luck [de guérison] or, depending on the product, to harmful or toxic effects“, she summarizes.

Comfort food: the best dishes (sweet and savory) to treat yourself

Alzheimer’s or cancer: you can’t have both!

Food: we have more fun on the weekends

Food supplements: a biological analysis to better target your needs

Food supplements are not safe