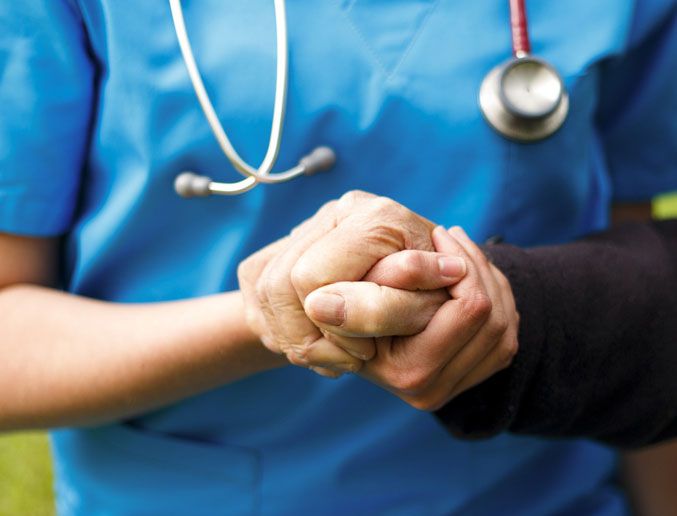 The Parkinson disease is due to the destruction of certain neurons located in the substantia nigra of the brain. Involved in movement control, these neurons produce a neurotransmitter called dopamine. When this is lacking, well-known symptoms appear: slowness of movement, muscle stiffness, tremors at rest or motor disorders (difficulty walking, loss of balance)… Current drugs can compensate for this dopamine deficiency, but over time their effect tends to diminish. Today, researchers are therefore trying to act directly on the origin of the disease by preventing the destruction of neurons.

First avenue explored: the iron. Essential to life, it allows good oxygenation of cells. But poorly distributed or in excess in the body, it can also damage them. This is precisely the case in Parkinson’s disease, where an iron overload is observed in the substantia nigra.

To reduce this excess without causing anemia, a molecule has been developed, deferiprone. ” A big clinical study led by the University Hospital of Lille is currently underway in 24 European centres. It will include 338 patients at an early stage of the disease”, specifies Professor Jean-Philippe Azulay.

Iron is not the only molecule whose excess is involved in the Parkinson disease. Alpha-synuclein, a protein normally present in the brain, becomes insoluble in patients and forms aggregates resulting in the destruction of neurons. Aggravating factor : these toxic elements spread from one neuron to another, thus contributing to the progressive disappearance of nerve cells.

“One of the avenues explored by research consists in blocking the spread of this toxic form of alpha-synuclein by what is called immunotherapy, indicates Professor Azulay. You can do it in two ways. In the first case, a vaccine is developed which will trigger the action of immune cells against alpha-synuclein. In the second, the patient is injected with antibodies against this protein, developed in the laboratory. This last approach will be tested in a study which will begin in September. »

An antidiabetic under study

According to several studies, a drug indicated in the treatment of diabetesI’exenatide, seems to have a neuroprotective effect, but research is still needed to be certain. “For the moment, it is difficult to know if these leads will really lead to new treatments,” said Professor Azulay. But the hope is real: there will be one that will be the right one!

An antidiabetic against Parkinson’s disease?

Parkinson’s disease: what if we replaced damaged brain cells?