Mushrooms: 87 French people poisoned since the beginning of October

Mix-ups between mushrooms can be serious. Since the beginning of October, 87 people have paid the price. ANSES recalls the rules. 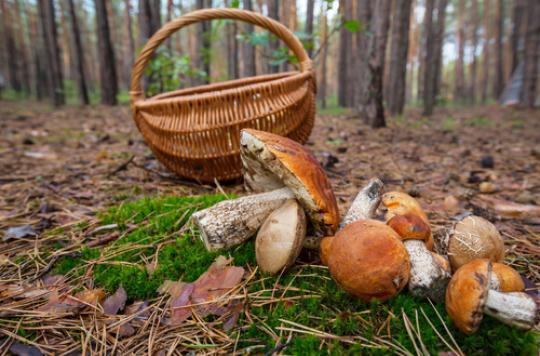 Indian summer in September, chaotic weather in October… Many French people have complained about these sudden changes. But it’s the perfect time for mushrooms. As proof: they proliferate in the French undergrowth. Picking has therefore taken the lead. Poisoning too. 87 people fell ill after ingesting these pedicles. The trend is clearly upward.

The National Health Security Agency (ANSES) and the General Directorate of Health (DGS) are at the origin of this alert. They worry about poisoning more and more frequent. In 2014, 460 cases were reported. The following year, 721 French people ingested poisonous mushrooms. Amateur pickers would therefore be well advised to follow ANSES’s recommendations to the letter. This can avoid painful confusion between the red-footed boletus and Satan’s bolete, for example. The latter is poisonous while the former is edible. But there are subtle nuances between the two.

The Health Security Agency advises first of all to reserve picking for areas that have not suffered from excessive pollution. It is therefore better to leave mushrooms aside in ditches, industrial areas and landfills. But one advice prevails: find out before you go on a mop. Because not all pedicles have the hallucinogenic effects celebrated by Billy Ze Kick and the Kids. Most cause severe digestive disorders, kidney or liver damage, and even fatal complications.

The authorities therefore ask mycophiles to pick up the species they know On the fingertips and only if they are intact. Damaged feet or hats must be left behind. In order to avoid incidents, such as accidental ingestion, separating the mushrooms according to their species is a good idea. Those in doubt are invited to consult a pharmacist, a mycology association or a learned society.

The conservation of the products of the harvest, it is carried out in a box or a box. Gourmets can then have fun as long as they cook their loot, within two days. But before that, ANSES asks them to wash their hands well. If, despite this good advice, the symptoms of poisoning develop, two reflexes: contact a poison control center or 15.

Nuts, honey, rice: these “safe” products that can very well cause food poisoning

Kinder, Buitoni: parents of sick children file a complaint to prevent these poisonings from happening again

Recall of Kinder chocolates: symptoms, severity, treatments… everything you need to know about salmonellosis

Reminder of cheeses: what are the symptoms and treatments for listeriosis?

He had his legs amputated after eating leftover chicken rice

Investigation opened after the death of a child: an epidemic of E-coli infections in France?