Mosquitoes: why should windows be sprayed with vinegar?

Spraying windows with vinegar wards off mosquitoes, which transmit disease through their bites. 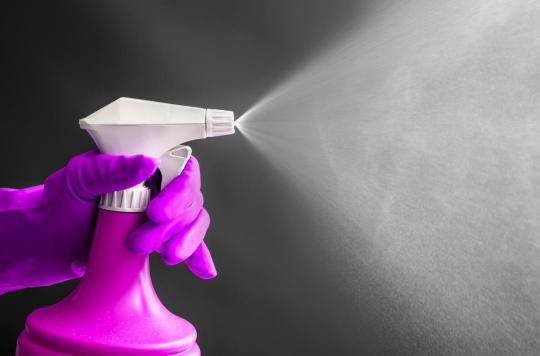 It’s well known, you don’t catch flies with vinegar… but neither do mosquitoes, since they hate its smell!

While the tiger mosquito in particular, which can transmit Zika, malaria and dengue, is now well established in the territory and is particularly active, white vinegar, a miracle and natural product for the home, is indeed effective in fighting against the mosquitoes that come to us.

To do this, simply spray it on the window frames, which will keep many insects at a distance: not only mosquitoes, but also flies and even ticks which abound during hot weather.

It is a repellent that is safe for humans, for the environment and at a lower cost that it is easier to prepare: just dilute white vinegar with water in equal quantities in a bottle fitted with a a sprayer and use it around windows and doors.

If the smell of white vinegar bothers you, there are other natural ways to scare away mosquitoes, such as soap when it contains essential oils with repellent properties.

And rather than using polluting aerosol cans or chemical and allergen-based electric mosquito repellent diffusers DEET, you can also use garlic (which mosquitoes hate) or cut a lemon and insert a few cloves before placing it indoors or outdoors.

The onion is also very useful: keeping it sliced ​​in half near the bed or near the window sills will allow you to finally spend a quiet night.

What is eustachian tube disease?

Mosquito: why do I get bitten all the time?

Mosquitoes: These smells on your skin attract them like magnets

Crohn’s disease: a norovirus could trigger the disease

Charcot’s disease: the track of a protein to slow its progression

NASH: what are the symptoms of soda disease?