Mini-strokes increase the risk of dementia

A quarter of strokes are preceded by mini-strokes. These would cause neurological damage favoring dementia. 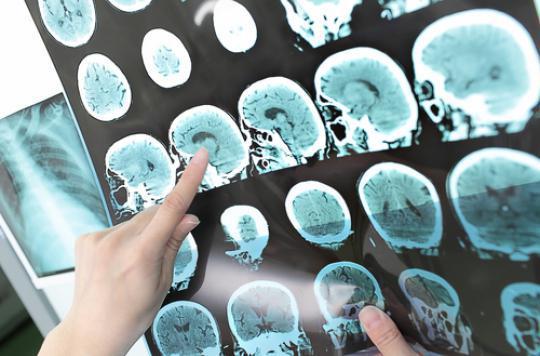 The cerebrovascular accident (CVA) can cause memory problems, and would promote the onset of dementia. About 20% of stroke victims will suffer from it, and almost 40% will be affected if the stroke reoccurs, making it the 2th cause of dementia behind Alzheimer’s disease.
To believe one study appeared in Journal of Cerebral Blood Flow and Metabolism, “mini-strokes” would also have a significant impact on cognitive function.

A quarter of strokes are preceded by warning signs called transient ischemic attacks (TIA). Nicknamed “mini-strokes”, these attacks also result from an obstruction of a vessel in the brain by a blood clot. This sudden stoppage of blood circulation causes the same symptoms as a stroke (difficulty pronouncing words, visual disturbances, paralysis of a limb or one side of the face) but they are reversible and do not last longer. of one hour. Result: the victims are not alerted and do not consult a doctor.

These tiny brain lesions of less than 3 millimeters would be able to alter brain and cognitive functions in the long term, explain researchers from the University of Medicine of South Carolina (United States). They studied brain samples taken post-mortem and radiological examinations carried out on living participants.

“It is estimated that TIAs affect less than 2% of brain volume. But this estimate of lost tissue is based solely on the areas of dead tissue observed in samples taken from deceased patients,” said Dr. Andy Shih, author of the study.
However, according to their analyzes carried out in mice, these small strokes impact a cerebral region 12 times larger than the lesion, and cerebral activity in the affected regions would be altered for at least two weeks. The autopsy of the animals also revealed neurological damage still present weeks after the event and inflammation.

These results greatly surprised and worried the researchers. They point out, in fact, that a first AIT is frequently followed by aftershocks. “Over time, the accumulation of these microlesions can cause enough damage to equal the impact of a larger stroke,” warns Dr. Shih, who hopes currently available drugs can lessen these effects of TIAs.

Stroke: too much television increases the risks

In women, vegetable proteins significantly reduce the risk of dementia