by Taylor Watson
in Computer & Phone
0

Microsoft has been busy coming up with new looks for its products and services lately. Windows 11 has a refreshed graphical style, Office is soon to be overhauled and now 1800 emojis have been redesigned as well. Even Clippy is there.

In a blog post Microsoft presents the new emoji, in the context of World Emoji Day / World Emoji Day. According to the company, the role of visual language in our daily communication is now more important than ever. Conversations that we would normally have face-to-face are often conducted digitally due to the corona crisis. So we could use some help in interpreting each other’s sentences correctly. Now let emoji be exactly for that.

The current faces in Windows and Office are mainly characterized by their thick black borders. You bring them out with the key combination Windows sign and . (point). That could have been a little more playful from Microsoft. The custom emoji are no longer flat, but 3D and about half of them even move. The idea of ​​animated faces has blown over from Skype, the company explains. In addition, the colors are a lot brighter and more dynamic.

Star of the show is undoubtedly Clippy, which replaces the standard paperclip emoji. No doubt you remember the helpful character from the past, when he acted as a digital assistant (or know-it-all) in Office software. In a sense, a precursor to the speech assistants that are ubiquitous today.

We last saw Clippy in 2007, later Office versions did without it. Now it comes back officially for the first time, as a (silent) emoji. 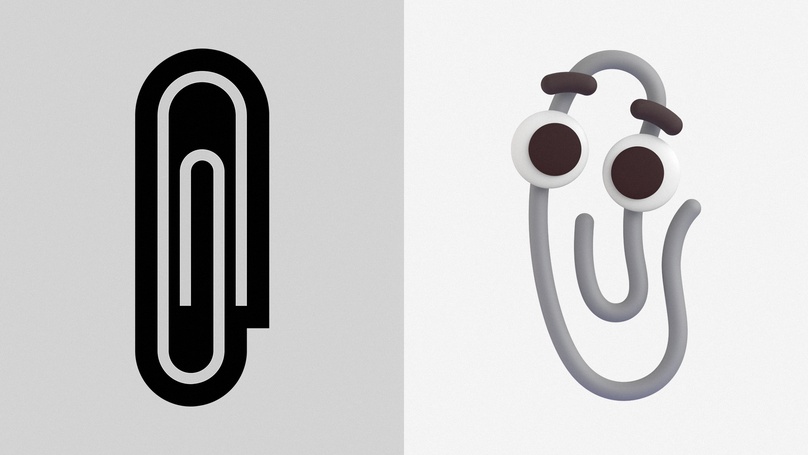 By the end of this year, the custom emoji will first come to Windows and Microsoft Teams. In 2022 there will be a rollout for Outlook and Office, among others. To tie in with the work-from-home era, five completely new emoji are also in the works. Check them out below.

Microsoft to raise money for Netflix

New emoji on the way: donkey, goose and a pink heart

Thor’s Xbox Series X is the craziest yet?

Microsoft wants to leave Windows 8.1 behind