Mental health: there is not enough evidence on the benefits of therapeutic cannabis

A large study, published in The Lancet Psychiatry, shows that the evidence for the effectiveness of cannabis-based treatments on mental health is insufficient. 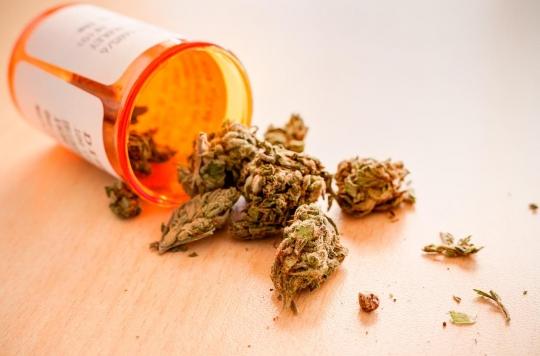 While the National Assembly has just given the green light to the experimentation of therapeutic cannabis for two years in France, scientists believe that it is too early to say that cannabinoids have benefits for mental health. This is the conclusion of a study, in which the researchers analyzed data from 3,000 people, and above all 83 trials carried out between 1980 and 2018. Their conclusions are published in the journal The Lancet Psychiatry.

The scientific team wanted to verify the effectiveness of cannabis-based treatments on six adult mental illnesses: depression, anxiety disorders, attention deficit hyperactivity disorder, Tourette’s syndrome, post-traumatic stress disorder and psychosis. Evidence for this effectiveness is limited, according to the researchers.

Therapeutic cannabis, more and more consumed in the world

“Our findings have important implications in countries where cannabis and cannabinoids are available for medical use,” says Louisa Degenhardt, a professor at the University of New South Wales, Australia, and lead author of the study. This is the case, for example, in Israel, the United Kingdom, the Netherlands and even in some twenty American states. “Those who decide to continue should be closely monitored for positive and negative mental health effects of medical cannabinoid use,” she continues. The consumption of these treatments is globally increasing in the world. Yet previous studies have found that they may increase symptoms of psychosis, depression, and anxiety.

Benefits when there is another disease

In addition, the scientific team found that in the various trials analyzed, the effectiveness of the pharmaceutical tetrahydrocannabinol (THC) may have slightly improved anxiety symptoms in people with other pathologies, such as multiple sclerosis or chronic pain. Again for the researchers, the evidence is still insufficient. Sometimes the symptoms of psychosis even worsened. Different results therefore, depending on the studies. Also for the researchers, the number of participants was always small. They therefore call for new, larger studies to examine the different effects of cannabinoids on people with mental disorders.

A specialized spa treatment will be partially reimbursed

Depression: the benefits of homeopathy

A new hope for treatment against psychoses?

Parkinson’s disease: a treatment against leukemia would be effective