Developed by American researchers, this self-administered test makes it possible to identify in a few minutes the early and subtle signs of dementia and Alzheimer’s disease. 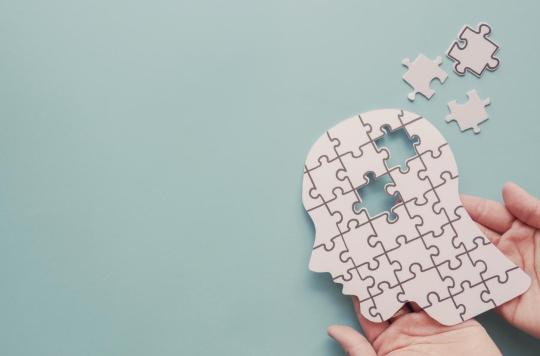 As we age, memory loss and disorientation can occur, which is not related to senile dementia or Alzheimer’s disease. But how to determine if these memory problems are a normal consequence of aging or the sign of a neurodegenerative disease?

Today, the only way to find out is to perform clinical examinations, in particular memory tests and, in some cases, a cerebral MRI as well as a lumbar puncture with the dosage of specific markers of Alzheimer’s disease. .

Thanks to researchers at Wexner Medical Center, Ohio State University School of Medicine and School of Public Health, diagnosing Alzheimer’s and dementia may soon be easier. In a study published by Alzheimer’s Research & Therapy, they explain that they have developed a new early test. Called SAGE (Self-Administered Gerocognitive Examination), it detects early and subtle signs of dementia.

“The earlier the cognitive impairment is detected, the more effective the treatments”

“New disease-modifying therapies are available and others are being evaluated in clinical trials. We know that the earlier cognitive impairment is detected, the more treatment choices the patient has and the more treatments are effectivesays Dr. Douglas Scharre, director of the division of cognitive neurology at Wexner Medical Center in Ohio and lead author of the study.

The researchers point out that this test does not definitively diagnose Alzheimer’s disease. Instead, it allows physicians to obtain a baseline of their patients’ cognitive functioning, allowing them to track their memory and thinking skills over time. “Primary care physicians often fail to recognize subtle cognitive deficits during routine visits”recalls Dr. Scharre.

A reliable and fast test

To develop the SAGE test, the authors followed 665 patients for eight years and repeatedly tested them. Of these, 164 patients had mild cognitive impairment at the start of the study. This evolved into dementia for 70 of them. This is a conversion rate of 43% over a period of three to four years, which is similar to rates in other studies conducted at academic centers, Scharre said. The distribution of dementia diagnoses included 70% Alzheimer’s disease dementia, 7% Lewy body dementia, and 9% pure or mixed vascular dementia.

The results showed that SAGE accurately identified patients with mild cognitive impairment within 10-15 minutes who eventually progressed to a diagnosis of dementia at least six months earlier than the more commonly used testing method. the Mini-Mental State Examination (MMS) or Folstein Test.

“Anytime you or a family member notices a change in your brain function or personality, you should take this test. advises Dr. Scharre. If that person takes the test every six months and their score drops two or three points over a year and a half, that’s a significant difference, and their doctor can use that information to get a head start on identifying the causes of cognitive loss and for making treatment decisions.”

Based on the evolution of the cognitive score, clinicians and families can then decide that it is time to act on the safety and monitoring needs of the person presenting with the disorders. “This may include, for example, monitoring of medication, financial assistance, restriction of driving, establishment of durable powers of attorney and other legal or fiduciary arrangements, ‘a change in living conditions and increased care support’concludes the researcher.