According to one study, the flu epidemic is leading to only moderate growth in the use of influenza drugs. 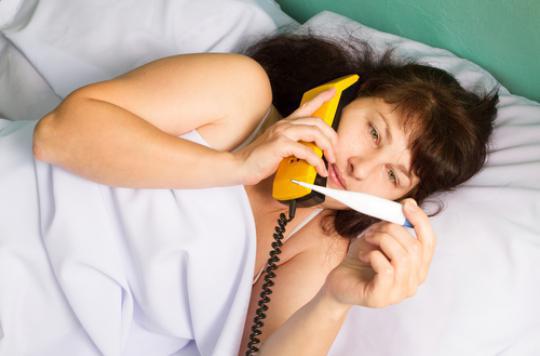 To relieve the many flu sufferers, doctors have not had a heavy hand on prescriptions. An analysis (1) by Quintiles IMS (2) indeed shows that 5 weeks after crossing the epidemic threshold, the consumption of anti-influenza pharmaceuticals in France was only greater than. 4% to that recorded last season over a comparable epidemic period.

However, according to the Sentinel Network run by INSERM, Pierre-et-Marie Curie University and Public Health France, 1,061,000 people consulted a general practitioner for flu syndrome over these 5 weeks against 942,000 last season, an increase of 14%.

A trend observed for years

According to Vincent Bildstein, president of Quintiles IMS France, “the bringing together of these two rates is in line with the trend observed for several years towards moderation of pharmaceutical consumption in France”. The latter however underlines that it is necessary to take into account the fact that, “this year, the epidemic period included the week of December 26 to January 1 during which the pharmacy purchases are traditionally low. Excluding the holiday effect, growth would be around 9%, which is still lower than the growth in general medicine consultations, ”he explains.

This observation of a relatively moderate consumption of anti-influenza products on an outpatient basis contrasts with the alarming situation observed in hospital emergency departments. The latest figures from Public Health France show excess winter mortality (8,100 deaths) largely attributable to influenza.
According to Dr. Philippe Le Jeunne, medical adviser of QuintilesIMS, the explanation probably lies in the fact that “the most common viral strain, A (H3N2), is particularly virulent in the elderly, young children and those suffering from respiratory pathologies which are more likely to be hospitalized ”. He recalls, however, that it does not present “any particular danger for people in good general condition whose flu syndrome is generally treated in outpatient medicine”.

(1) Quintiles is the world leader in monitoring and analyzing healthcare products markets.

(2) The study compares the consumption in units (number of packages) of all anti-influenza products, all classes and all statuses (reimbursable or non-reimbursable products, available on prescription or not) over the 5 weeks following the completion of the epidemic threshold.

A dengue epidemic has started in Tahiti

Measles: the beginning of an epidemic in Reunion

In Algeria, the origin of the cholera epidemic finally discovered