Lubrizol: a “health survey” launched within the perimeter of the factory

A health survey should start in March 2020, following the fire at the Lubrizol factory in Rouen. Initiated by the government agency Public Health France, the survey does not provide for biological samples before next year. 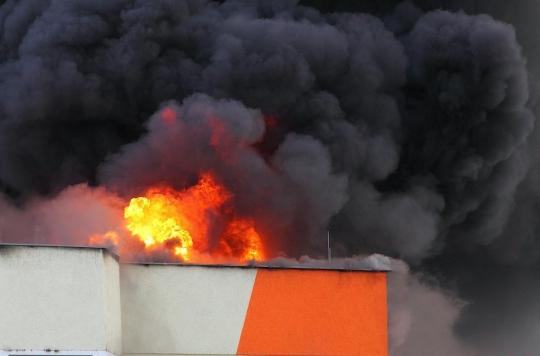 But what do we know about risk for the health people who have been exposed to the fire? To answer these questions, the government announced Friday, October 25, the launch of a health survey which should start in March 2020. This survey concerned the 215 municipalities that were exposed to the cloud of smoke.

Quoted by AFP, Anne Laporte, director of the regions of the Public Health France agency, explained during a transparency committee on the incident that the investigation aims to “measure the nuisances that were experienced by those exposed , the symptoms felt, the impact on the quality of life, social, family and professional relationships and the psychosocial consequences and perceived health “.

Biological samples such as urine and blood samples may eventually be taken, but not immediately, the government health agency said. “We are waiting for expert analyzes on all the work on the environment to know if we will set up this biomonitoring survey,” said Anne Laporte.

This lack of blood samples prior to the investigation was strongly deplored by the MEP EELV and elected representative of the metropolis of Rouen David Cormand, interviewed by telephone by AFP: “The preliminary investigation should have already been implemented. The time lost before possibly launching a serious investigation will have the effect that ‘ we will not know what the populations were exposed to at the time of the disaster, “he told the news agency.

Saturday, October 26, one month to the day after the fire, several hundred citizens gathered in the streets of Rouen to demonstrate against a lack of responsiveness on the part of the government. The citizen collective “Rouen Respire” has already announced its intention to carry out its own investigation: “With the association Respire and Maître Corinne Lepage, we are already a hundred to have filed a summary report before the Administrative Tribunal of Rouen in order to have more precise information to be able to initiate the procedures following the fire at the Lubrizol plant in Rouen on the night of September 25 to 26, “we can read on the collective’s website.

Cannes: death in a low-cost dental center, an investigation is open

Antiepileptics: opening of an investigation into the drug Depakine

Levothyrox: no increase in “serious health problems” concludes the ANSM