Delaying the onset of dementia could reduce its prevalence. To achieve this, a study is advancing the lithium track. 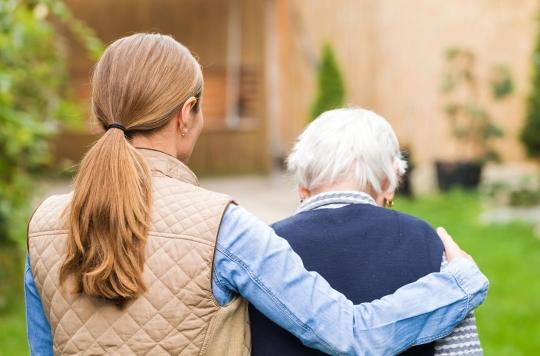 A new weapon to prevent dementia? A study by the University of Cambridge published in the journal PLoS Medicine and based on a retrospective analysis of the health records of almost 30,000 English patients suggests that people who were given lithium were less likely to develop this syndrome.

Dementia, a disorder in which we observe in particular a deterioration of memory, reasoning, behavior and the ability to carry out daily activities, affects more than 55 million people worldwide. This syndrome, of which Alzheimer’s disease is the most widespread form, is the main cause of death among the elderly population in the West.

A preventive treatment for dementia?

The average age of patients in the study, carried out using Cambridgeshire Health Services and Peterborough NHS Foundation Trust data between 2005 and 2019, was 74 and 40% were male. Among the patients, only 9.7% of the 548 people who were prescribed lithium developed this dementia disorder (i.e. 53 patients) compared to 11.2% of the 29,070 people who had not received it (i.e. 3,244 patients).

Although the cohort of patients who received lithium is small, the result of this observational study supports the consideration of lithium as a possible preventive treatment for dementia and could be the subject of larger randomized controlled trials in the future. .

Lithium may also reduce risk of dementia in bipolar people

Currently, lithium is used as a mood stabilizer and is prescribed for bipolar and depressive disorders. Two diseases that are associated with an increased risk of dementia, a fact taken into account by the researchers since patients in the cohort had been diagnosed with bipolar. “ We expected to find that patients with bipolar disorder were more likely to develop dementia, as this is the most common reason they are prescribed lithium, but our analysis suggested otherwise. said Dr Shanquan Chen of Cambridge’s Department of Psychiatry, first author of the paper. On bipolar patients, lithium would therefore also have a protective effect against dementia? “It is far too early to say for sure, but it is possible that lithium may reduce the risk in these people,” Dr. Chen concludes.

Depression: Google offers a test to help the diagnosis