Hospitalized for or with Covid? The question remains open…

Covid-19, even in its mild form, can lead to a deterioration in the state of health which facilitates the development of other diseases and hastens hospitalization. 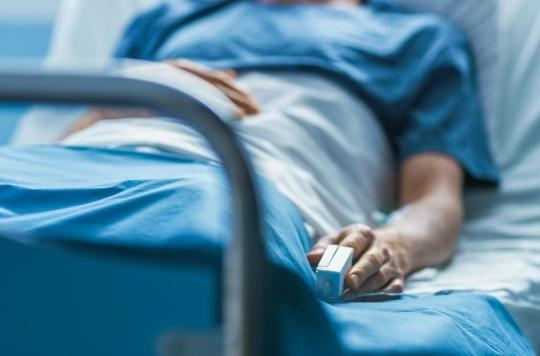 The fact that a third of patients hospitalized with the coronavirus are for a different disease according to official figures, has tried some to minimize the seriousness of the pandemic: since these patients are hospitalized for a reason other than Covid-19 , they probably would have been even if they hadn’t been infected. This argument was undermined on March 23 by a study hong konger. After analyzing health data from 412,000 British patients, tou hospitalized at least once during the pandemic, researchers from the Chinese University of Hong Kong have concluded that infection with the coronavirus significantly increases the risk of hospitalization for other diseases, pulmonary, cardiovascular, neurological, muscular, digestive systems and even certain cancers.

Up to 12 times more frequently

Severe Covid was also linked to an increased risk of secondary infections (4 times more bacterial infections) and higher figures for the development of tumors (3 times more for stomach cancers and 5 times more for those of the brain). Although cancer is probably not caused directly by Covid-19, it facilitates the ground for tumors by degrading the general state of health and in particular the immune system, increasing for example the risk of infection by pathogens capable of cause these cancers. In addition, severe Covid was associated with an increased risk of all-cause mortality (14 times higher). More specifically, a severe form of the disease increased the risk of death from pneumonia, heart disease or Parkinson’s disease by 3 times, the risk of death from neurocognitive dysfunctions by 13 times and the risk of death by 19 times. death from multiple sclerosis.

People who have had Covid-19 but in its mild form (without hospitalization) also have an increased risk for certain diseases, muscle pain or lung problems such as inhalation pneumopathy (inflammation of the lungs due to the passage of gastric contents in the respiratory tract). The risk of mortality from all causes was also higher, in particular because of a very significant increase in deaths from neurocognitive problems (9 times more frequent after mild Covid).

Covid-19: the Academy of Medicine is concerned about the neurological consequences

Covid: does the rebound threaten summer?

Covid-19 vaccines: what is urinary urgency, this new adverse effect?