The loss of cells present in the inner and outer ear generates a deterioration of hearing, even deafness. Researchers have found a way to recreate them. 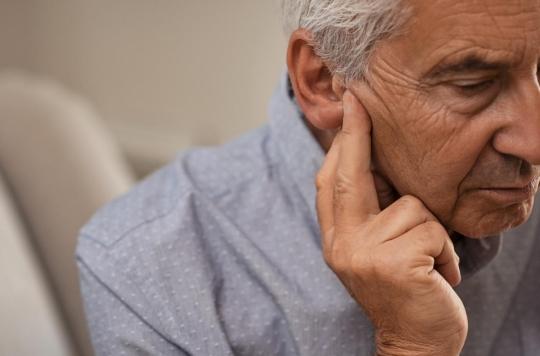 Aging, exposure to noise, taking certain treatments: the causes of hearing loss are numerous. Whatever the reason, regaining hearing is impossible, only hearing aids will allow hearing to continue. New research published in the journal Nature could change things: its authors have discovered a way to reprogram cells to restore hearing.

Cells unable to renew themselves

In order for us to hear, the outer hair cells expand and contract in response to sound wave pressure and amplify the sound for the inner hair cells. Internal cells transmit these vibrations to neurons to create the sounds we hear. “It’s like a ballet“, compares Jaime Garcia-Anoveros, another principal of this research. “Outsides squat and jump and lift insides further into the ear“The loss of hearing corresponds to the death of these sensory cells present in particular on the walls of the cochlea. Whether they are damaged or destroyed, they are not able to regenerate. Until now, scientists are not able to adapt other cells in the body to replace dead cells.

A reprogramming in several stages

In this research, Northwestern Medicine scientists discovered a unique gene that programs ear hair cells into outer or inner cells, solving a complex problem that had prevented these cells from developing to restore hearing. “This will provide a previously unavailable tool for making an inner or outer hair cell. We have overcome a major obstacle”, believes Jaime Garcia-Anoveros. The programming of hair cells in the ear depends on the TBX2 gene. When the gene is expressed, the cell becomes an inner hair cell. When the gene is blocked, the cell becomes an outer hair cell. Before programming them, researchers must create hair cells. For this, they use two other genes: ATOH1 and GF1. Then the TBX2 would be activated or deactivated to produce the necessary internal or external cell. “We can now understand how to specifically make inner or outer hair cells and identify why the latter are more likely to die and cause deafness.“, continues Jaime Garcia-Anoveros. He specifies that this research is still at the experimental stage. Other work will be necessary to find concrete applications for this discovery.

Hearing disorders: new for the reimbursement of prostheses and the remainder to be paid

Our brains have evolved to prefer speech and music to noise

Hearing disorders: drawing inspiration from animals to find a treatment

A drug to treat deafness: an alternative to the hearing implant?

Hearing loss and tinnitus: what if it was linked to Covid-19 vaccines?

Health impacts of noise are on the rise

10 concrete proposals so that “hearing health is no longer invisible”