Fuels. How does the 15 cents per liter discount work? 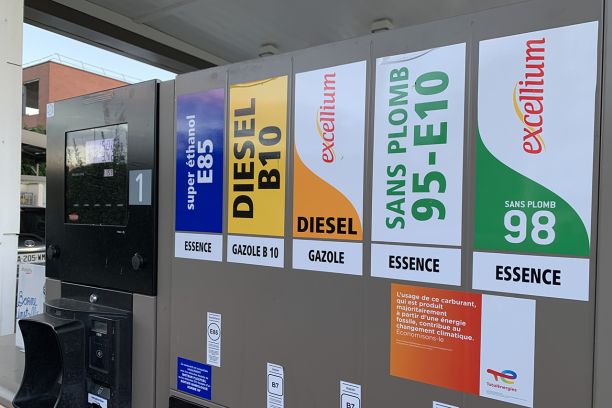 The Government will introduce a discount of 15 cents per liter of fuel from April 1.

Faced with soaring fuel prices, the Government reacted by announcing an exceptional discount of 15 centimes per liter for 4 months. How will it be applied? Who can benefit ? Which fuels are affected? The argus takes stock of this long-awaited gesture.

To limit the effects of soaring fuel prices, which have exceeded the fateful bar of €2 per liter everywhere in France, the Prime Minister, Jean Castex, announced that the French would be able to benefit from a discount of 15 centimes per liter of fuel. This operation should reduce the bill by €9 after filling up with 60 litres. But how does this discount work and who will be affected? Decryption.

Who can benefit from it?

Unlike the inflation allowance of €100, which only concerned French people earning less than €2,000 per month, or the new scale of mileage allowances, this discount of 15 cents will be applicable to all, including professionals, regardless of income. ” In particular, road hauliers, taxis, farmers, public works actors and fishermen will be able to benefit from the measure. “, specifies Jean Castex.

TO READ. Mileage allowances. The 2022 scale with the 10% revaluation

Which fuels are affected?

If Jean Castex initially mentioned that all fuels would be concerned, in reality, E85 is excluded from the offer. This fuel, very popular lately, already benefits from more advantageous taxation. LPG and CNG are not affected either. The discount applies only to fuels including crude “.

How to benefit from the reduction?

The deduction of 15 cents per liter will be made automatically when paying, at the cash desk, or by credit card directly at the pump. Don’t be surprised, station totems will continue to display prices excluding discounts. In his interview at ParisianJean Castex recalls: “ it’s not about lowering taxes “. Reimbursement of this rebate to distributors is estimated at approximately 2 billion euros.

Discount for how long?

The discount of 15 cents at the pump will be deployed from 1er April and until July 31, 2022. According to our colleagues from the newspaper The Parisianthe date of 1er April was enacted so that all suppliers, and their 11,000 service stations in France, can get in working order “.

Total combines its offer with that of the Government

The Prime Minister also called on tankers ” to make an additional gesture “. Since February 14, Total has implemented a discount similar to that of the Government valid until May 15, 2022. It offers 10 cents of discount per liter of fuel. In a tweet, the French energy giant confirmed the possibility of combining these two discounts. Remember that they do not concern E85 or LPG.

We welcome this announcement from @governmentFR and confirm that our discount of 10cts/litre still applies and is cumulative to this measure. To take advantage of this, find the list of our participating stations here: https://t.co/q9ISLgOGYm https://t.co/h9mKOWCNyn

Multiple sclerosis: only 48% of patients talk about their disease at work

9 tips (that really work) to keep mosquitoes away

Work and Covid-19: talking about your problems is already solving them

Meet your soul mate: how does it work?